There is little doubt that the Australian housing market is losing momentum.  For a time, the pervasive optimism on property prices will be replaced by exaggerated gloom.

Some gloom is warranted – for mine, we need a value reset.

At such turning points, many property enthusiasts will cherry pick the good stuff and leave out the rest.  Some of us can make property statistics say almost anything.  It’s what you leave out that is the real skill behind property spruik.

And on that note, we should be asking about the stuff we don’t see – and not just accepting what we are shown or being told.

This is a somewhat counter-intuitive process and is often called the Survival Bias.

An image of a damaged military bomber is often used to describe this selection bias theory. 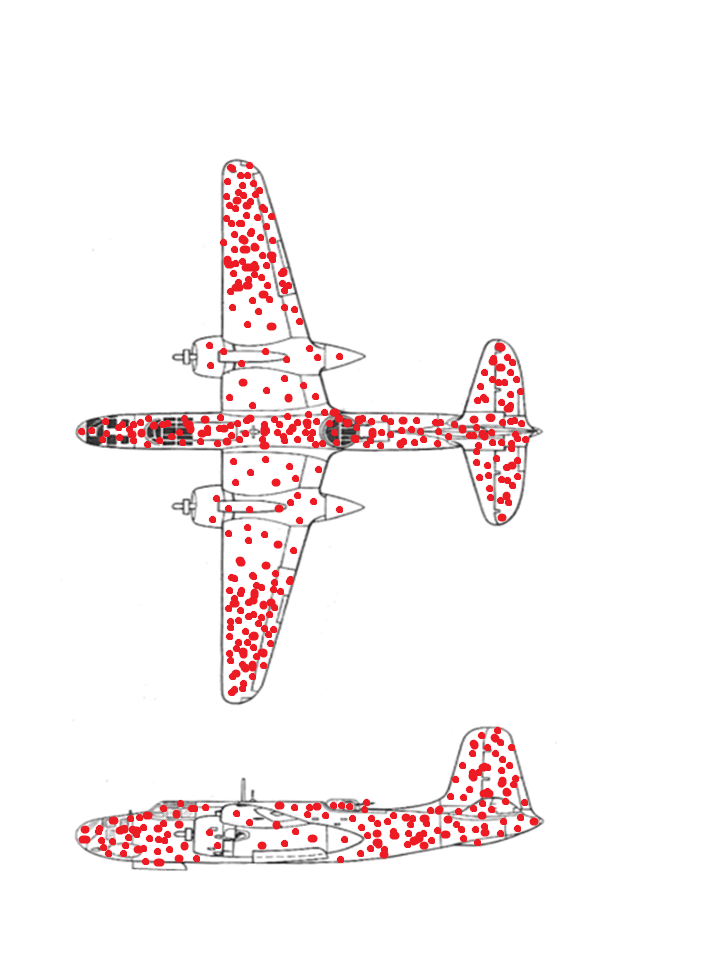 The story goes like this.  Most planes coming back from bombing raids in WW2 had a very similar pattern of bullet damage.  The military wanted to optimise the plane’s armour by reinforcing the most damaged areas.  But the real truth was that the planes that didn’t come back were hit in different areas – being around the engines and fuel system.  So the best solution was to reinforce the areas on the returning planes which didn’t see much damage.

A similar approach should be taken when it comes to investing.  I always ask myself what I am not being shown.  What happened to the bombers that didn’t come back?  What about the areas or housing product that aren’t being aggressively promoted?

It’s what you don’t see or hear that is often the most important.

Yes, we all love winners.  There is deep interest in successful property companies, investors and entrepreneurs.  But for mine, there is way too much about start-ups; nowhere near enough about stay-ups and way too little about those that didn’t survive.

By default, we spend most of our time paying attention to the holes in the bombers that survived.

But we should also look for the problems we don’t see that were fatal to the property companies, investors and investments that didn’t make it.

The stuff that we don’t see can be the most important to success.