Here’s a quick summary of the Australian economy (well the one that really matters).  Let’s call it 10 Things: The Economy.

2. Stuff all wage growth, which is unlikely to change – digital stuff, automation, the internet of things, baton change to service industries and importantly low/declining productivity.

3. Many already underemployed, with a lot more oldies needing to work longer to make ends meet.

4. Rising costs – here I am talking about the vital day to day stuff and not the once off big-ticket items which, when combined, have a large weighting in the CPI index.

6. High migration intake in an attempt to keep the housing demand artificially high…

7. …lending restrictions which were recently tightened but have just been loosened again because investors stopped buying – dur!

8. Deflationary not inflationary world with way too much debt.  When I was a youngin’ $1 of debt produced $1 of economic growth but today $4 debt = a $1 increase in GDP – madness!

9. Interest rates on hold for as long as possible.  I reckon the RBA should drop the cash rate but I am not holding my breath.

Below are four charts which I have taken from PCA and Commsec emails I received yesterday.  Whilst the first two are the positive headline results, being 3.1% annual GDP growth and a 1% lift in the March Qtr, what gets very little airplay is that 70% of the March Qtr 1% GDP boost was from net exports and government spending.  Very little of our current economic growth is coming from domestic business expansion and household consumption.

Furthermore, chart 3 shows that we are running down our savings due to higher day to day expenses and low wage growth; and chart 4 shows that our productivity is in the toilet.

Pardon me if I don’t get too excited about Australia’s apparent stellar economy. 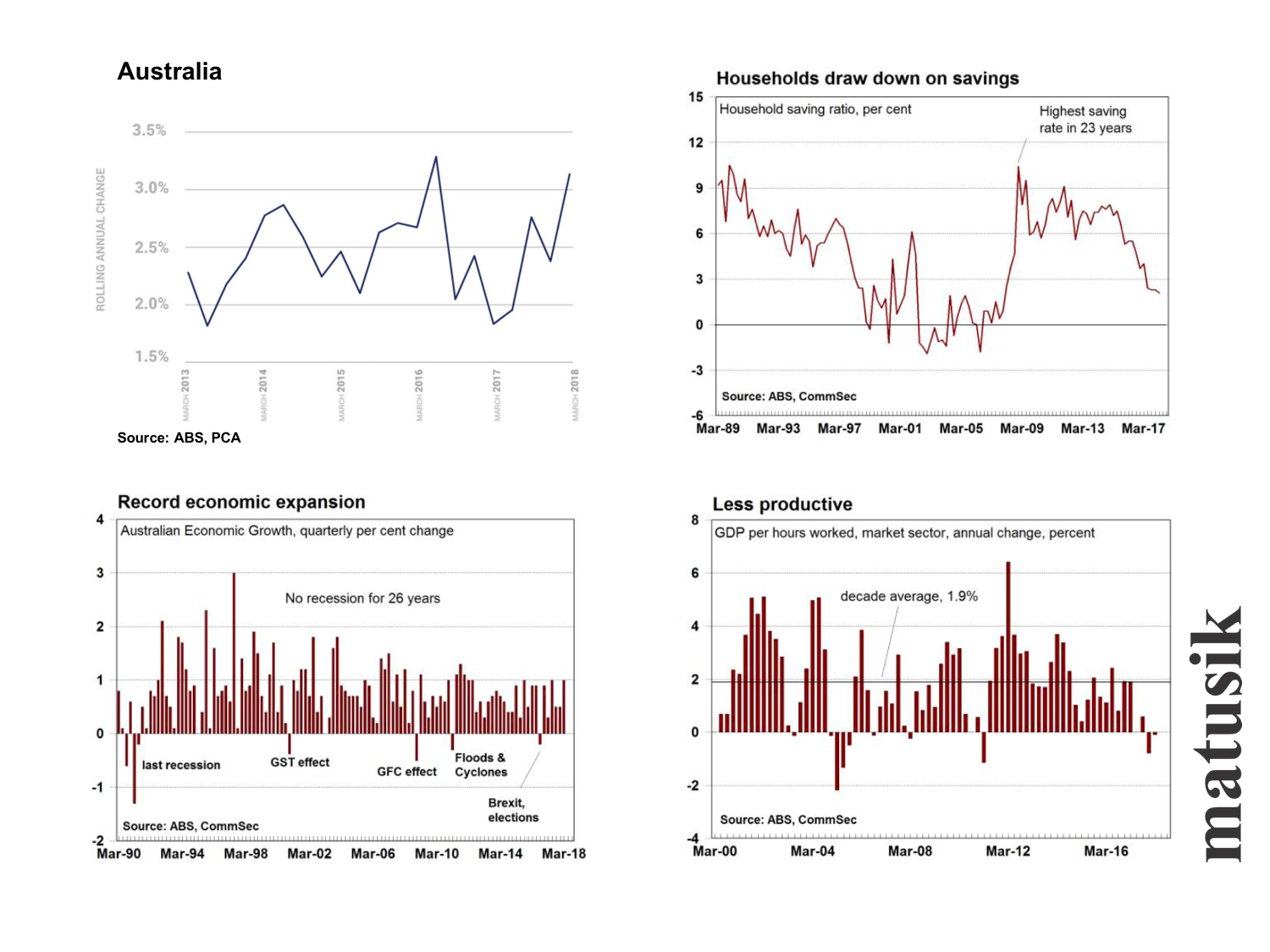 10. For mine, the next decade or two will be very different than the past 25 years.