Today our chart shows the number of dwellings approved, but not yet started.

It is one of those rare property charts where, if the lines go down, it is a good thing. 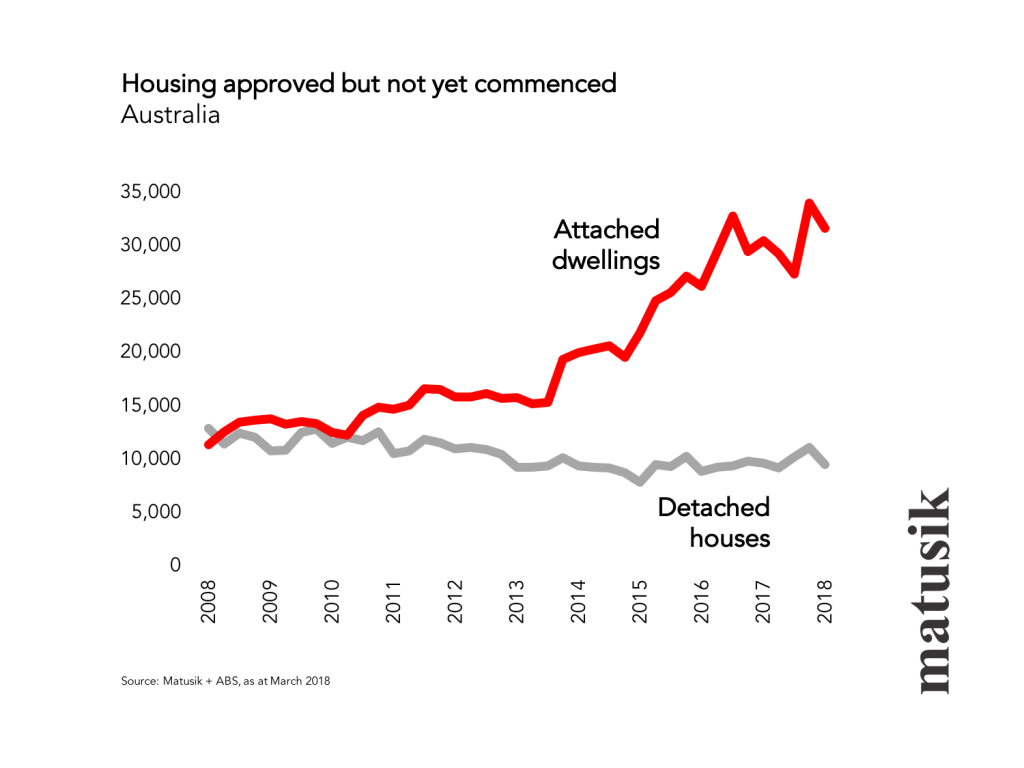 At present, some 9,500 detached houses have been approved but haven’t yet commenced construction.  This is about a ten percent of last year’s detached house approvals.

But it is the attached dwelling figures that remain alarming, with about 32,000 apartments/townhouses approved, but still waiting in the wings.

When breaking it down the supply of approved but unbuilt dwellings is spread out as follows.  Both tables are for the year ending March 2018.

Despite the recent surge in population growth, there now appears to be an oversupply of new housing construction.

In addition, there is a mismatch between the type of new dwellings being delivered and what the local market really wants.

Many new residential projects are no longer viable.