This post I have included seven charts outlining what’s missing when it comes to Brisbane’s housing market.

For the record the latest data from CoreLogic suggest that Brisbane house values rose by just 0.3% over the last 12 months, with values rising 0.1% over the last three months.  So, no price acceleration at the moment.

Now that’s a heck of a lot better than the 8% annual fall in Sydney house values during 2018 and the 6% decline in Melbourne’s house prices over the same period.

But to many the lack of movement in Brisbane’s housing values is a real puzzle – what with the big difference between prices in Brisvegas when compared to the southern smokes and with all those interstate migrants now flocking north out of Sydney.

For mine, a key reason why house prices haven’t moved much in Brisbane (yet) is the lack of private investment.

Queensland is currently attracting about $25billion worth of new private capital expenditure.  This is a 21% share of the nation’s total.  It attracted close to 50% just five years ago.  One of big reasons for the fall is that mining expansion is on the decline. See charts 1 and 2. 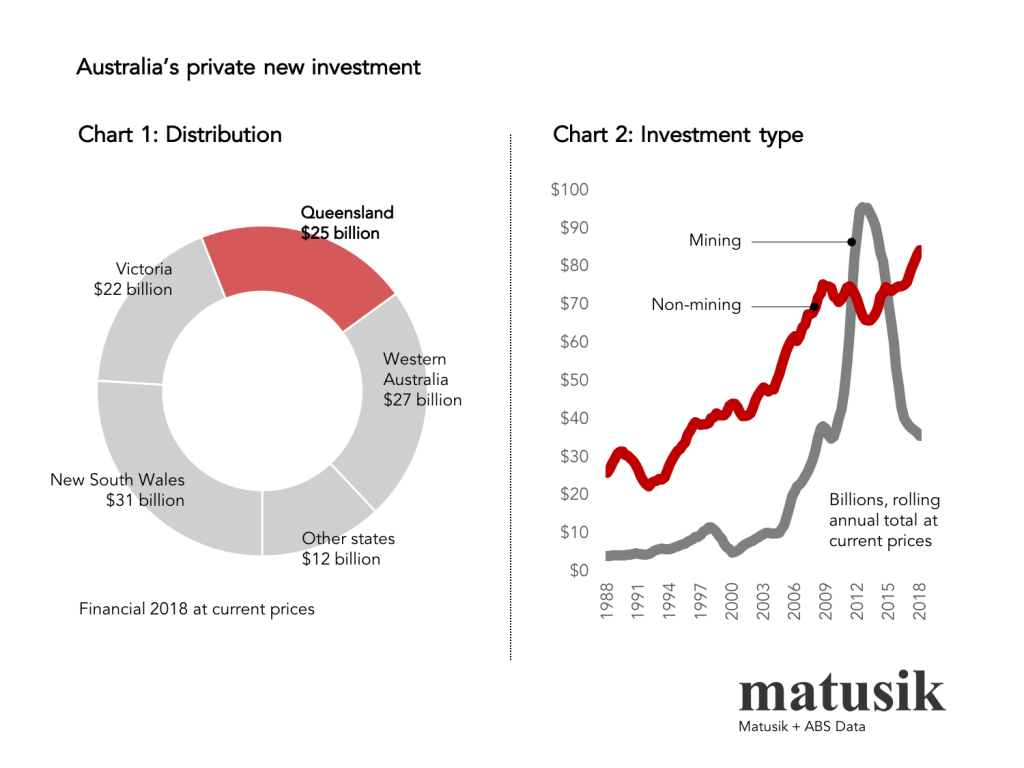 New South Wales and Victoria – which attract a lion’s share of the non-mining investment monies – have expanding private investment spending, whilst Queensland doesn’t. 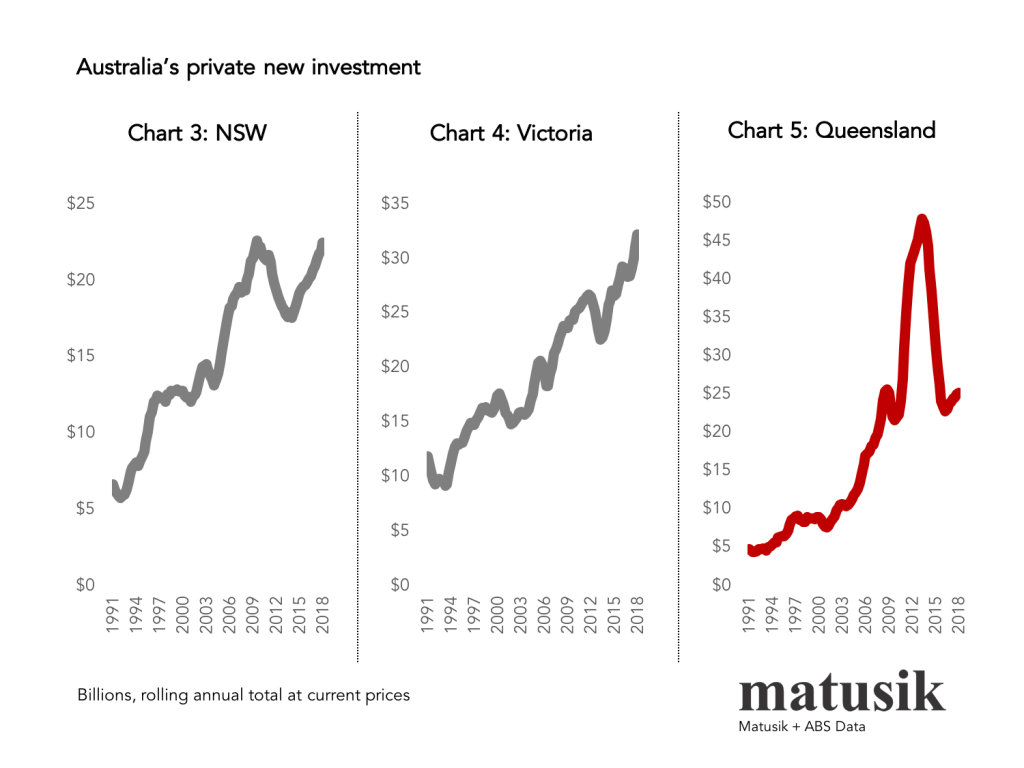 It is not until Queensland sees more private investment – and more pertinently more non-mining investment monies – that house values will grow in earnest.  See charts 6 and 7. 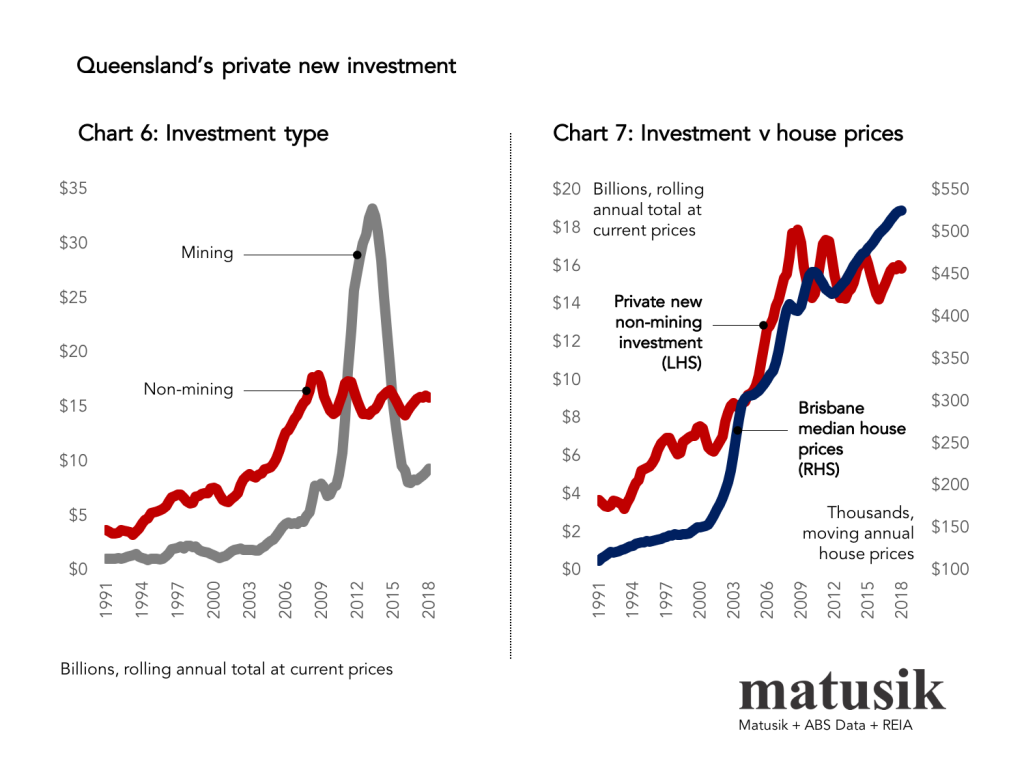 Obviously the large capital injection in mining a few years back – revisit chart 6– has also had a positive impact.

But how long these things can last without more private investment is questionable.