A few weeks back the mainstream press ran a real estate puff piece about how much house and unit prices have grown in select suburbs in Queensland. 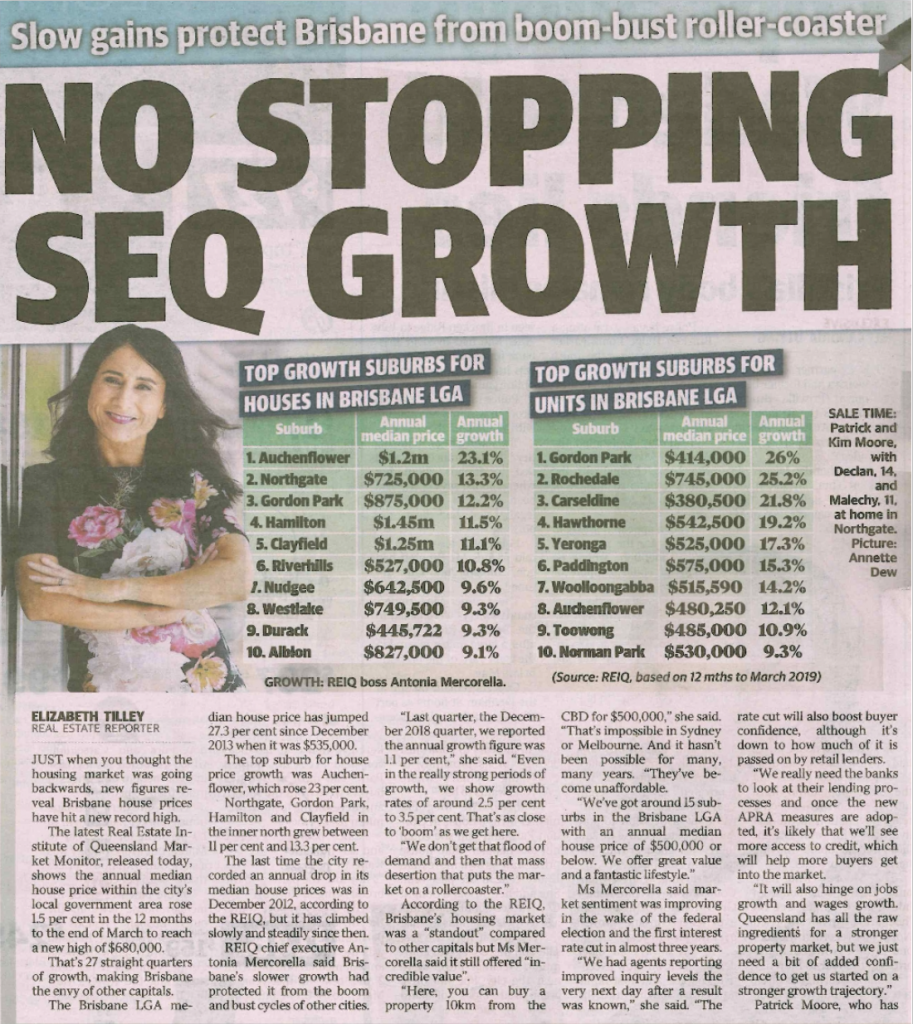 Be very wary of this evidence.  It is full of survey bias.

There is no way that the same house in Auchenflower bought in early 2018 has resold for 23.1% more a year later.  Ditto goes for unit in Rochedale for example.  But in this case a Rochedale unit is apparently worth 25.2% more!

These figures are influenced by several factors, including:

The rules when using median property values as a guide should:

Really the only way to determine price growth is to review resales.  That’s the same house or apartment/townhouse (without a major renovation between sales) reselling between two time periods.

If that was applied to the suburbs in the attachment, then my quick analysis shows very little growth in resale house values and actually falls in resale value in most cases for apartments.

But that doesn’t make for a great headline does it!

PS I do chuckle when the intel is so wrong, yet the results are reported with a decimal report.