The story goes something like this….”Brisbane’s housing market will boom as more people in Sydney cash up and move to SEQ”. 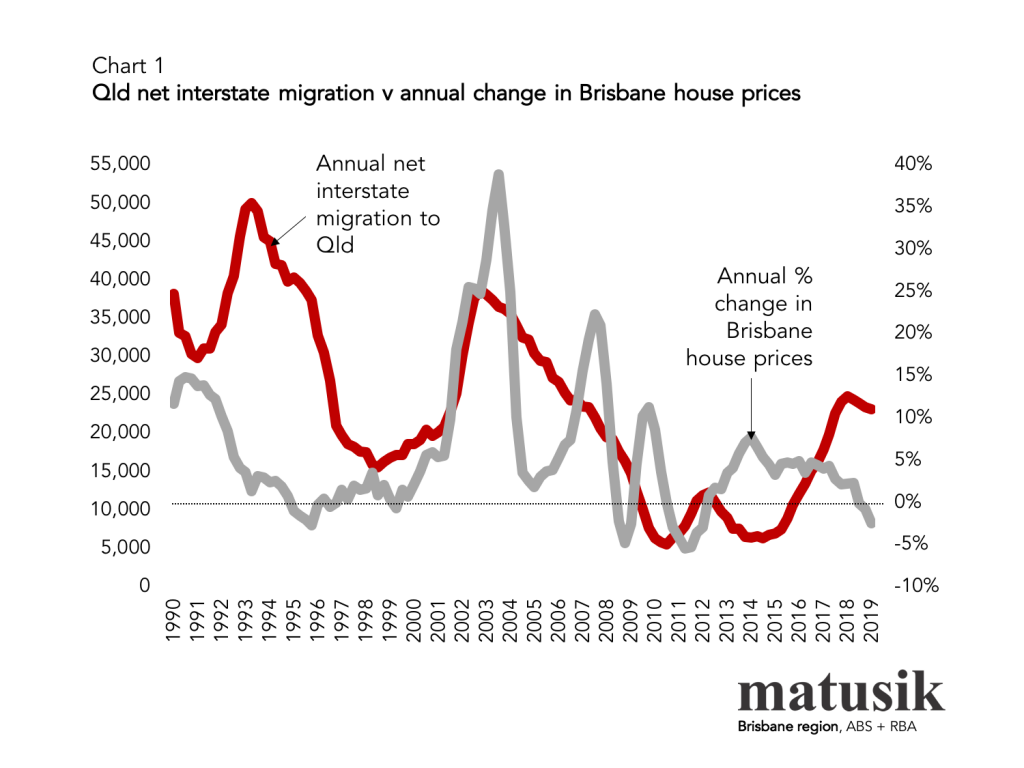 It would also appear the net interstate migration to Qld has peaked.  Well maybe?

There is little doubt that population growth to Queensland has increased.  Just look at the traffic.

A quarter of the current growth is from interstate migrants, whilst overseas immigrants accounts for 40%. Births exceeding deaths – natural increase – accounts for the remaining 35%.

I am often asked why net interstate migration isn’t having a big impact on property values in SEQ.  My answer includes the following pearls of wisdom:

1.  Most buyers are much better educated these days.  They explore property values online and as a result aren’t being duped into paying over the top prices.  This was more likely in the case in the early 2000’s where real estate property portals were in their infancy.

2.  Many migrants from Sydney, and to some degree Melbourne, are economic refugees.  They cannot make ends meet in the southern capitals, so they are trying their luck in sunny Queensland.  They are often unemployed or underemployed; mostly rent and have filled up a lot of the apartment oversupply across inner Brisbane.  Poverty is nicer in a warmer climate.  Apparently.

3.  Queensland doesn’t have an 21st century economic engine.  It is relying on resources, agriculture, tourists and population growth.  Resources are employing fewer heads and tourism, retail, health and education jobs are often low paying ones.  Plus it’s hard to grow things in a drought.

This means that there are fewer jobs in Queensland when compared to New South Wales or Victoria.  They don’t pay as much.  Many aren’t full time.