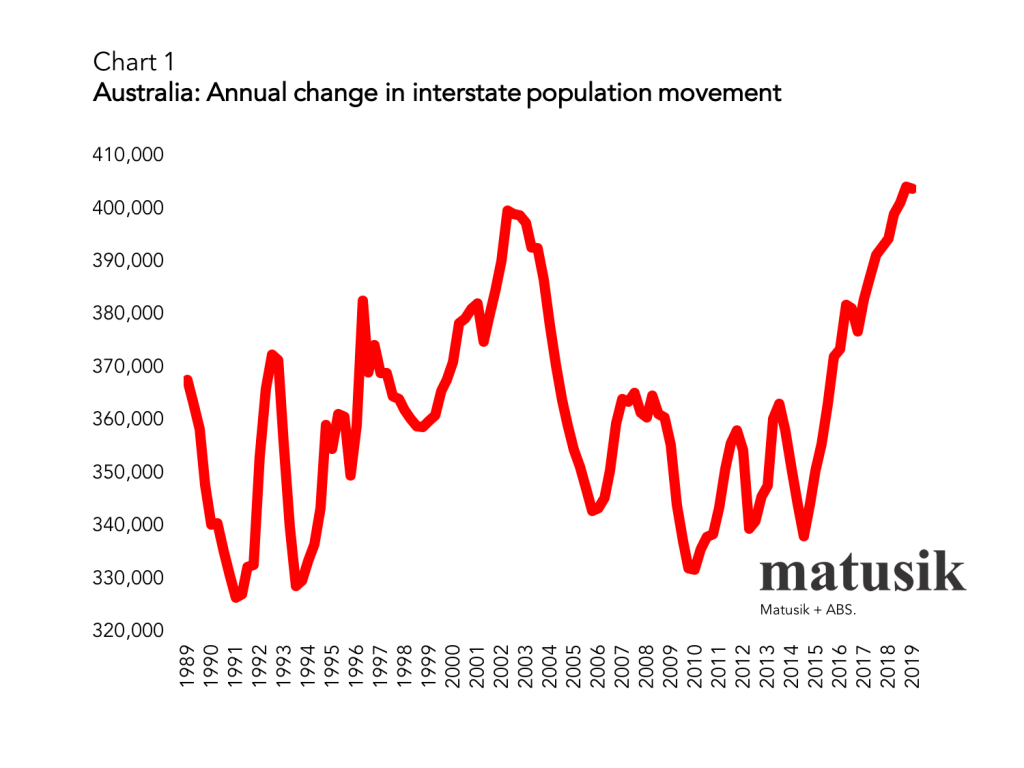 Also, the chart shows that when things get hard, economically, interstate movements slow down as we assumingly bunker down until things monetary wise improve.  Chart 1 also shows that the bounce back is often as steep the previous decline.

Table 1 tells me that Queensland, Victoria and Tasmania currently attract more interstate arrivals than departures, whilst in the other states and territories more people leave than arrive.

Table 2 outlines the top 25 local authority areas across Australia ranked by total net internal population growth during fiscal 2019.  Many of these areas either hug the coastline and/or in the outer conurbations of our four largest cities.  Only a couple are inland regional towns.

Once the current restrictions are lifted it is reasonable to accept that movements between states and territories will continue.

It is also rational to assume that – and if the household has the means – the want to live in a more desirable location has risen over recent weeks.  This might be more impulse or reaction rather than a sustainable trend, but such action could add further momentum to the recent escalation shown in chart 1.

It is also fair to accept that any continuance regarding interstate migration will follow the same established settlement patterns as shown in tables 1 and 2.