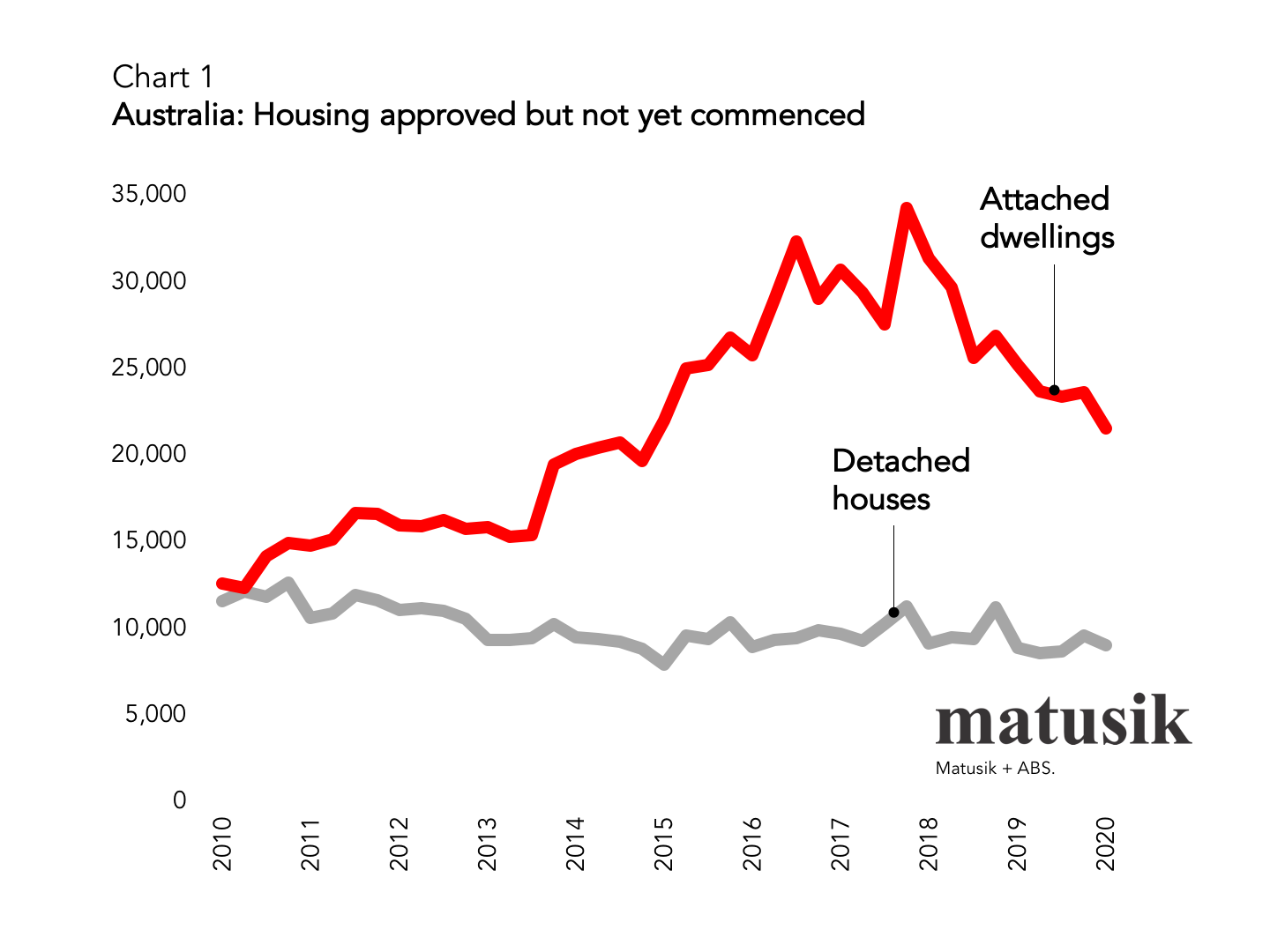 Below are three rare property market indicators – when they fall it is better than when they are increasing.

Chart 1 shows the number of dwellings approved, but not yet started.

In contrast, the 9,000 approved but not yet started detached houses accounts for just 9% of last year’s total detached housing approvals.  And with HomeBuilder focusing, by default, on new detached housing builds I expect this spare capacity to drop dramatically over coming months.

Table 1 outlines the number of attached dwellings approved but not yet stated in 2011 and 2019 across the major municipalities in south east Queensland.  The size of these non-starts has doubled across SEQ since 2011, with the Sunshine and Gold Coasts seeing the biggest increases.

The relatively high construction costs of apartments means prices are often higher than the local market is accustomed to, rates of sale are slow, and rental yields generally poor.

In addition, there is a mismatch between the type of new attached dwellings being delivered and what the local market really wants.

As a result, many of these new attached dwelling projects are no longer viable.  They often need a major product and financing overhaul.

My third indicator is the number of new housing projects either postponed or abandoned since the start of the COVID19 restrictions.  Since March this year:

I expect these numbers to increase, as market demand contracts and developers face harder financial hurdles.

In all three cases, less is more.