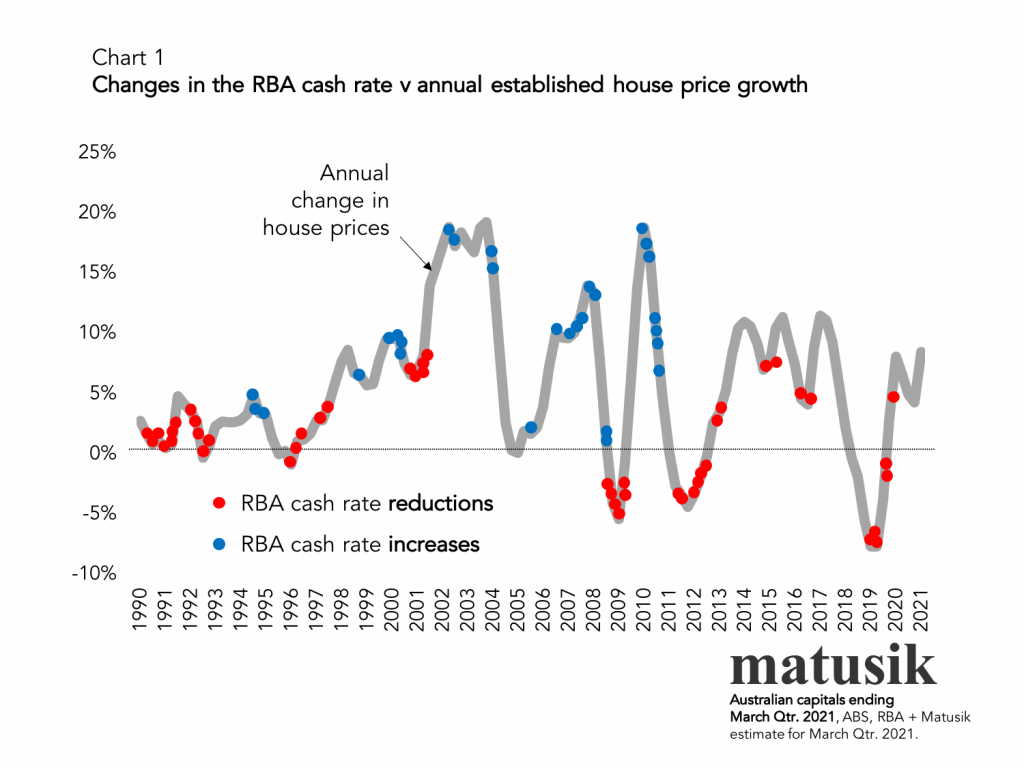 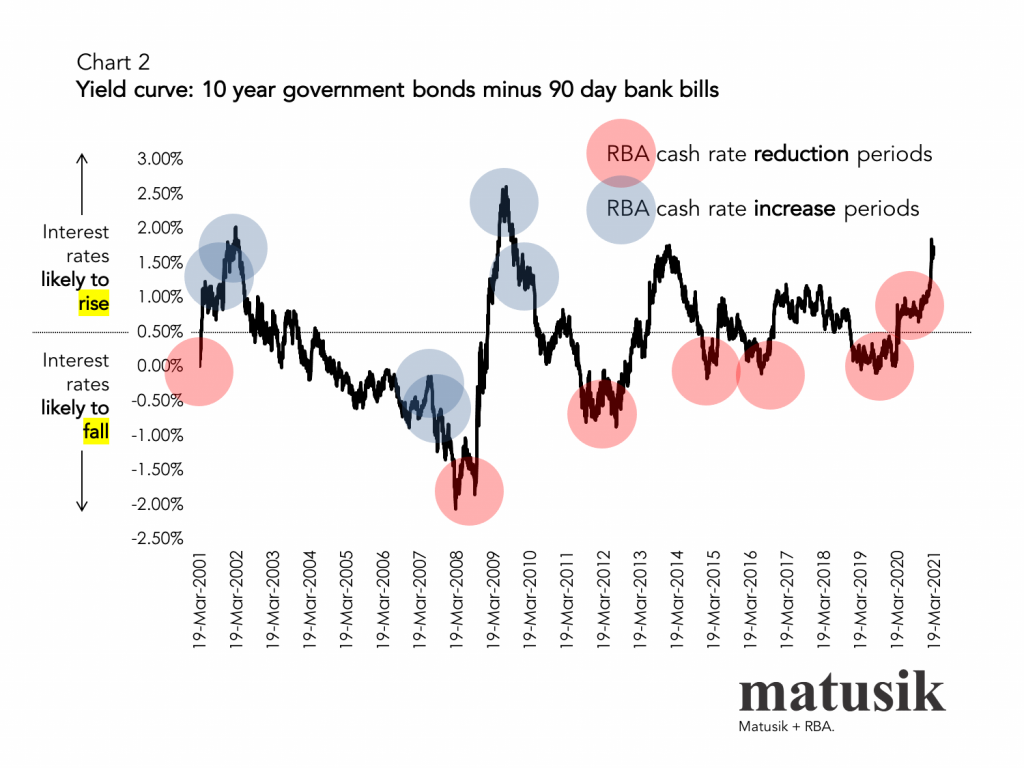 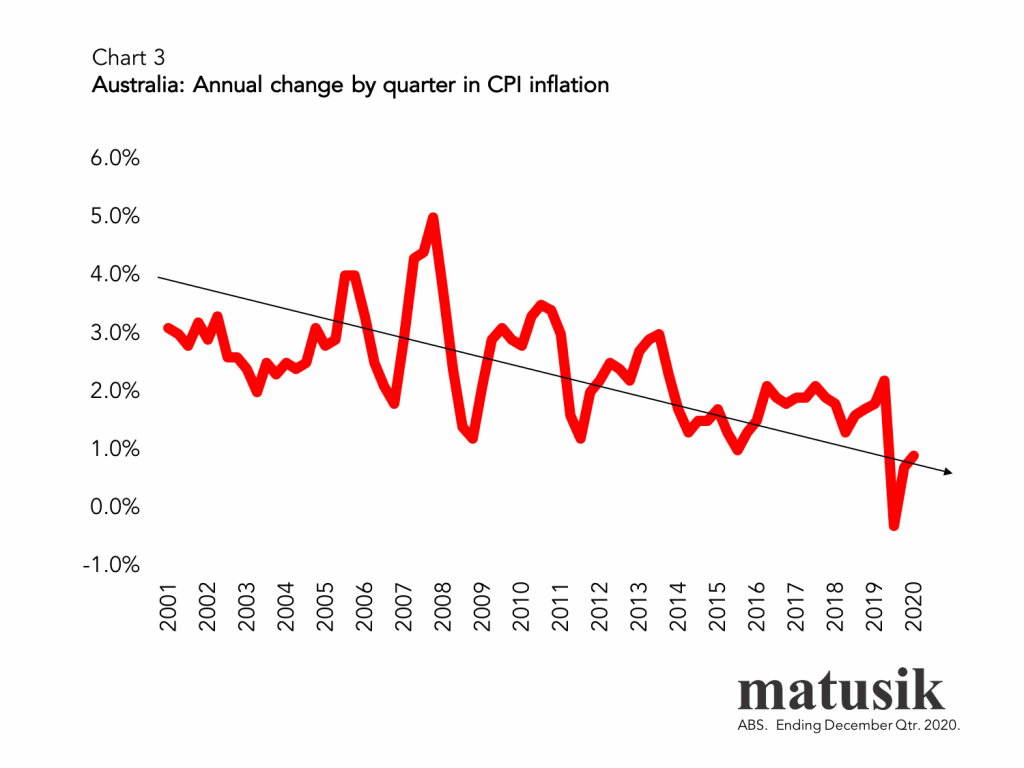 Chart 2 is the yield curve, which shows the difference between the cost of long term and short term money.  It is a good predictor of the future direction of interest rates.  The chart suggests that interest rates are likely to rise.

Chart 3 outlines Australia’s annual change in CPI inflation by quarter.  The overall trend is down.  And if you compare chart 2 with chart 3 – other than a period in the mid-2000s – you will find that a rising yield curve is inflationary.

The macroprudential regulations are very loose at present.  This coupled with record low interest rates plus HomeBuilder, are the reasons for the housing market’s current heat.

I expect that the financial rules will be tightened soon, followed by interest rate rises.  Several banks are already starting to lift their medium term rates.

A short period of inflation is very likely.  It is unlikely to coincide with meaningful wage growth.  The RBA may have to increase the cash rate, maybe several times and before 2024.

The timing of such things is increasingly political.  No financial austerity is likely to be applied until after a federal election.  If it was just up to the economic tea leaves, we would probably be going to the federal polls this calendar year and my call would be in early to mid-October.  But other parliamentary pressures most likely mean that the Liberal Party will run its full term.

How well APRA and the RBA manage the current housing market’s heat over the next 12 months will determine if we have a boom/bust or boom/slump property cycle.

And for mine the longer we delay the financial stick the more certain a boom/bust cycle becomes.