The federal government advised last week that over 121,000 people had applied for grants under its $2.5 billion HomeBuilder scheme, which closed at the end of March.

It is estimated that around 80% or just under 100,000 of these grants we issued for new builds.

The government has now given builders until 30th September 2022 to commence work on dwellings contracted under the scheme, with the deadline having previously been 30 September 2021.

For mine HomeBuilder was a very successful incentive.  It helped the building industry immensely.  The time extension is a wise move, but the scheme shouldn’t be reinstated given the current economic conditions and outlook.

The scheme has brought land sales and building activity forward during a period of falling underlying demand.

We are very likely to see an oversupply of new housing stock over the next couple of years.  This will even be the case when we see immigration return to Australia.  This oversupply could be significant if immigration is delayed or is returned at lower numbers than the recent past.

Trades and materials are now in short supply.  The official statistics suggest that cost of building labour and materials hasn’t yet increased, but anecdotal evidence suggests that we are likely to see a surge in building costs this year and maybe next year too.

Chart 1 shows the past and current interplay between underlying housing demand and new housing supply.

Chat 2 is a new housing demand versus new supply forecast.  It assumes a return to immigration to a similar level as the recent past starting in calendar 2022.

Chart 3 shows the annual change in total building costs (for single and double storey dwellings) versus CPI inflation.  I think we will see a surge in building costs over the next 12 months similar to what saw in 2012.  The high-rise apartment construction boom drove up building prices in 2012.  This time it is detached housing. 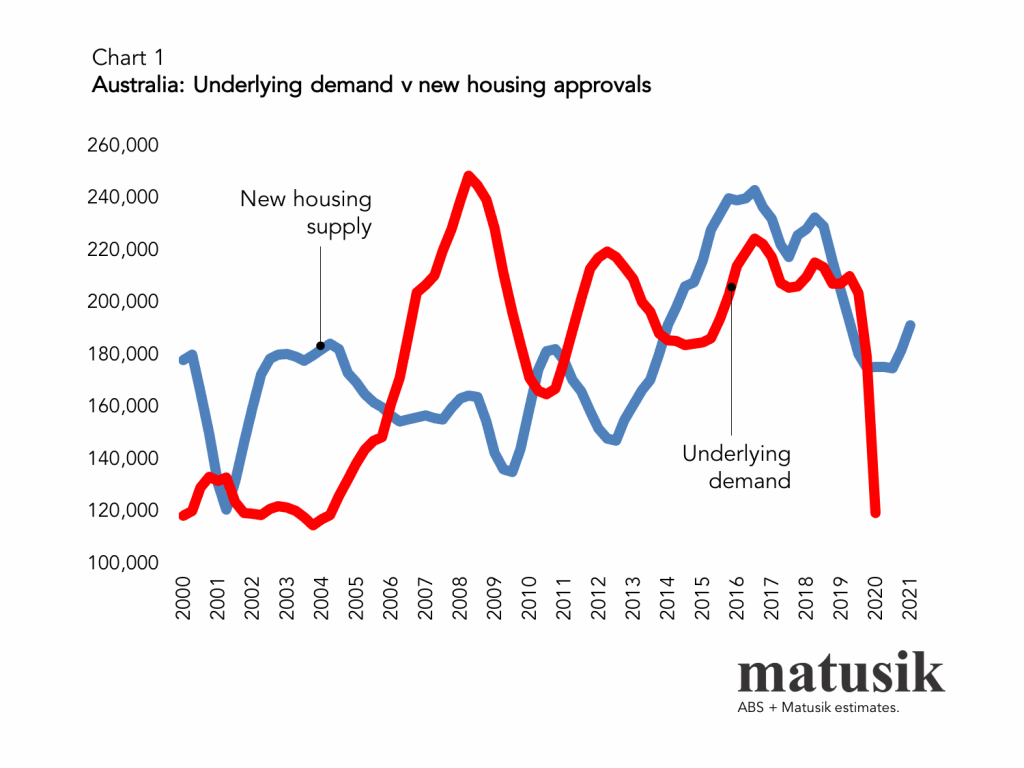 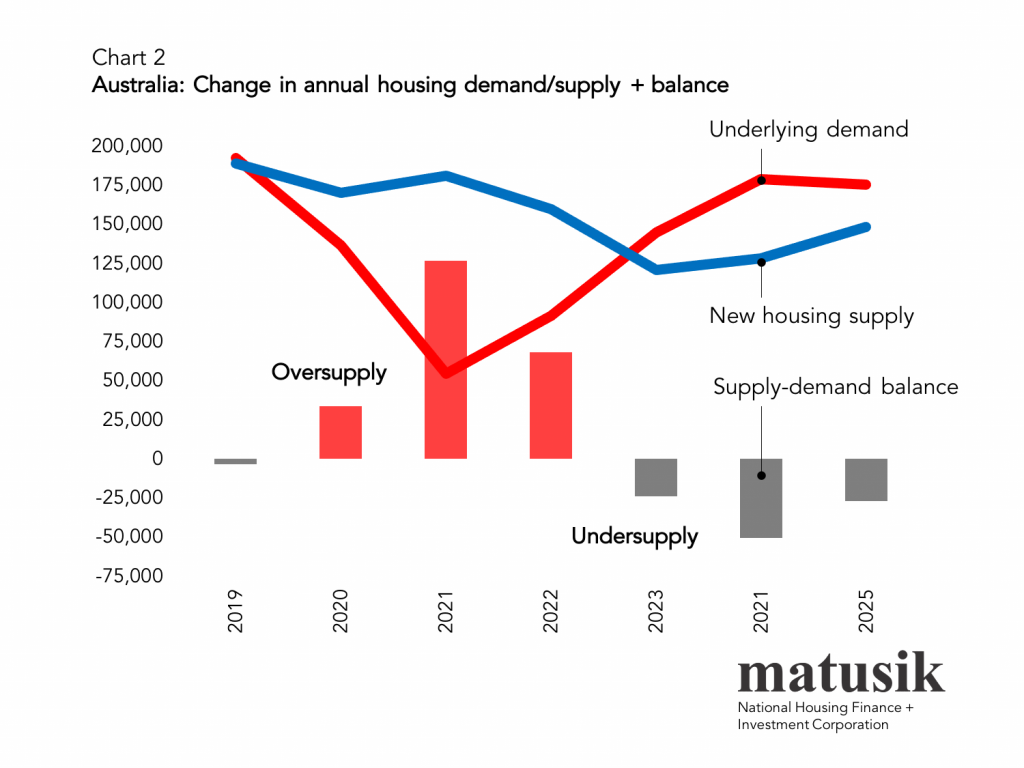 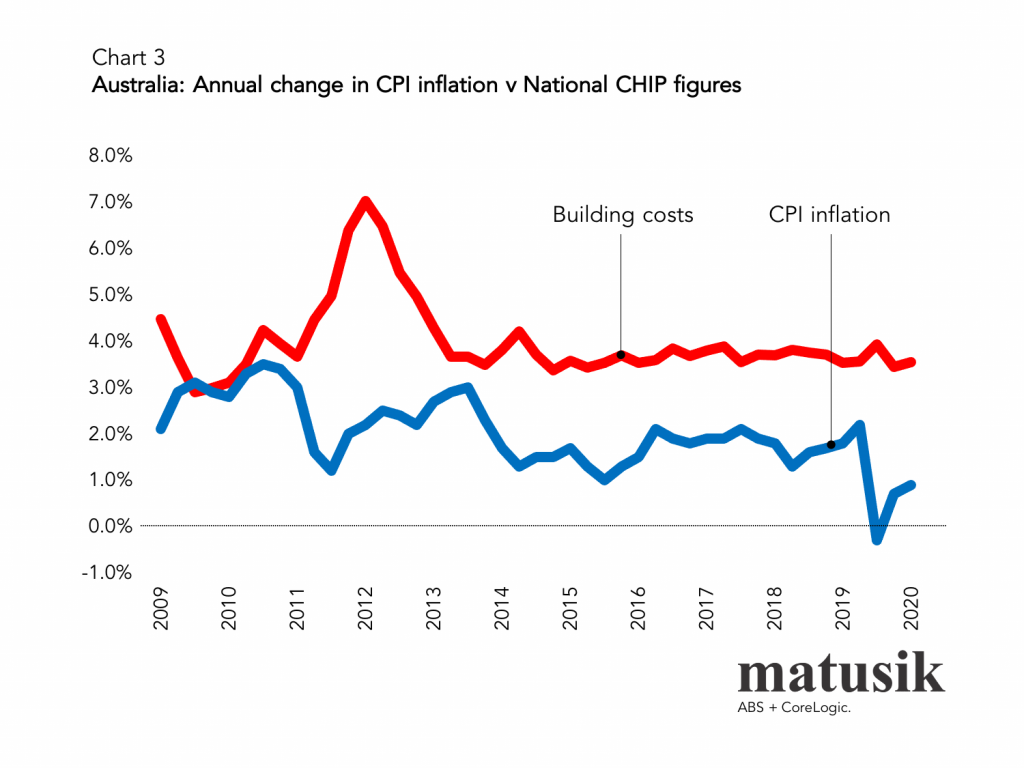