There is little doubt that for many Australians housing is increasingly unaffordable.

Whilst interest rates are low and the lending criteria loose, getting the deposit together is a struggle.  Hence the big HomeBuilder uptake and the rise of the Bank of Mum and Dad.

In addition, state and territory first home buyer schemes – which are focused on new construction – has resulted in first timers being the largest buyer segment of new builds in recent years.

The New South Wales government’s decision to allow buyers to opt between paying stamp duty on purchase or paying a higher rate of land tax throughout their tenure is also an attempt to help reduce the initial cost of housing.

Those that cannot raise such support often rent.  Some also choose to rent rather than own.  Regardless of motivation, many tenants also face accommodation stress.

Many are also returning to live with family or friends.  Those returning include both the young and old.  Multigenerational living is on the rise.

In additional an increasingly number of people are moving to where housing is cheaper.  This shift is now across many demographic segments, yet there has been a marked increase in the baby boomer cohort.

Sadly, too many are living without permanent shelter.  This has also increased markedly in recent years too.

Despite the rapid fall in the cost of money and record low interest rates, one of the reasons why housing has become unaffordable is that the average mortgage and housing prices have risen much more than wages and inflation over the past decade.  See chart 1.

Over the medium to long term wage growth is one of the strongest causations of sustainable property price escalation.

Whilst there are many other reasons why people move to a new area – with work being a major one – affordable housing is progressively pulling residents from Sydney, Melbourne, and to some degree Canberra, to other Australian capitals and their surrounding urban areas.

Chart 2 shows that Brisbane (and much of the rest of Queensland) is an affordable alternative to many other major urban areas across Australia.

Chart 3 shows that there is a strong connection between high housing costs in Sydney (for example) and positive net interstate migration to Queensland.

Chart 3 suggests that an elevated number of people from Sydney and Melbourne are likely to continue to move north – and to some degree west and south across Bass Strait – for the next couple of years at least. 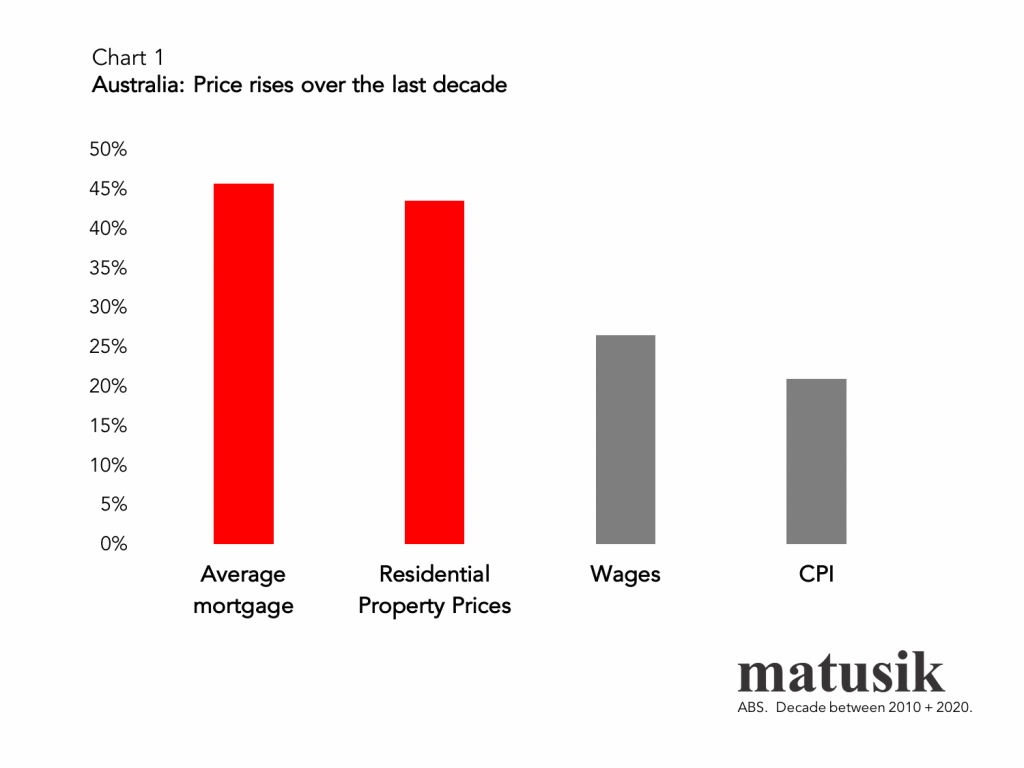 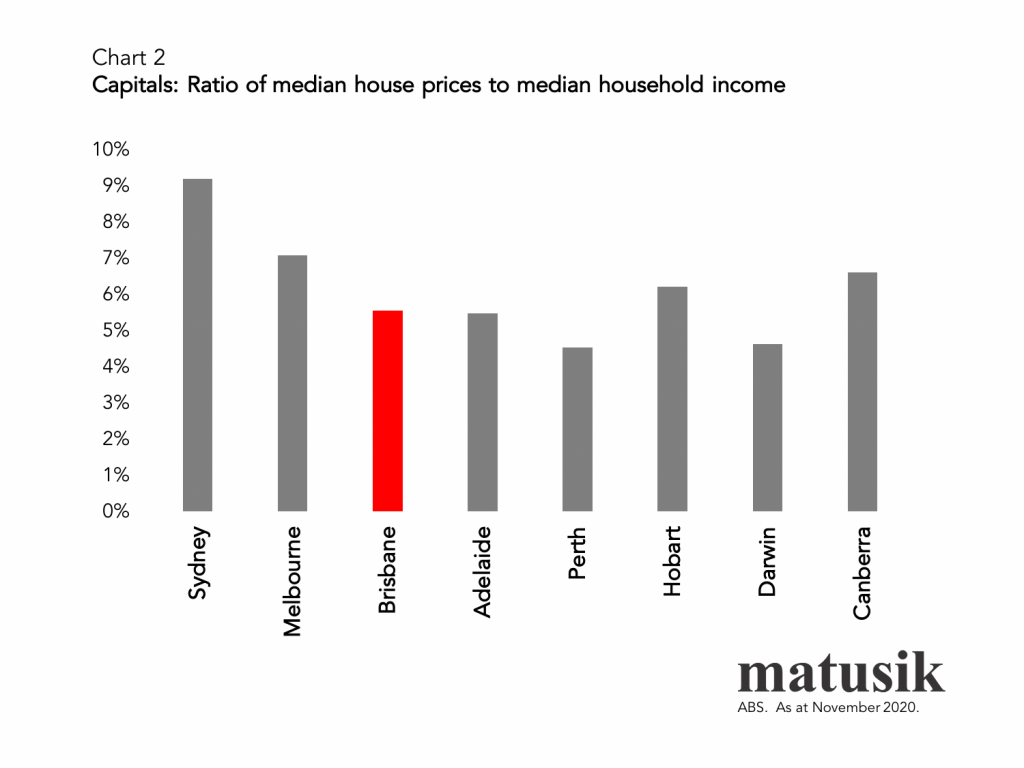 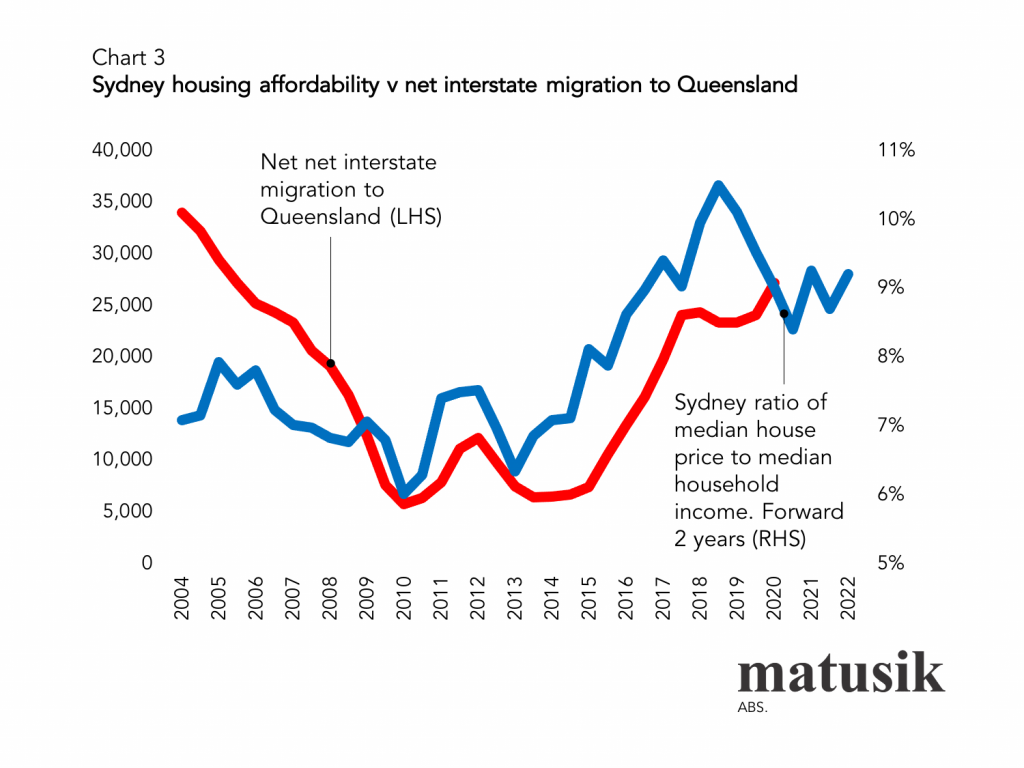 My main comment with regards to the current interstate movement is that it is often better to be pull towards a new destination rather than be pushed out of the place you are leaving.