Apparently, there are some 290,000 job vacancies across Australia.

Chart 1 shows that the number of jobs available have skyrocketed since the middle of last year.

These days I spend one week in five away from my home office.  I have travelled to several states already this year and tripped interstate for seven weeks last year.  I am well over home lockdowns and the whole Covid palaver!

During those work-related travels and also in my master class sessions and during Q+A time after presentations, peeps often asked me what I think about the high and rising number of job vacancies and its misalignment with my general job thesis.

There is a mismatch between the work available and the potential local labour force.

This link has been fragile for some time and it looks like Covid’s impact has further strained any past connection.

In short too many unemployed (and underemployed) Australians are not suited or qualified to undertake many of the jobs available.

A retrenched airline host cannot become an electrician, plumber or carpenter unless they go to TAFE.  This takes time and money.

Most mid-aged or older accountants – or housing market analysts for that matter – are unable to work for long as a labourer on a construction site.  Most of us wouldn’t even get the chance to be paid to use our hands let alone pick up a tool.

Many who have been in work for some time – but now find themselves working less or worst still, retrenched – will discover that the employment application algorithm won’t like you very much when you apply for new work.  A human is increasingly unlikely to see your job application or CV.

And the amount of take-home pay one gets for picking fruit (or similar agricultural endeavours) or waiting on tables is really slave labour and the contractural agreements are something from the Book of Leviticus. 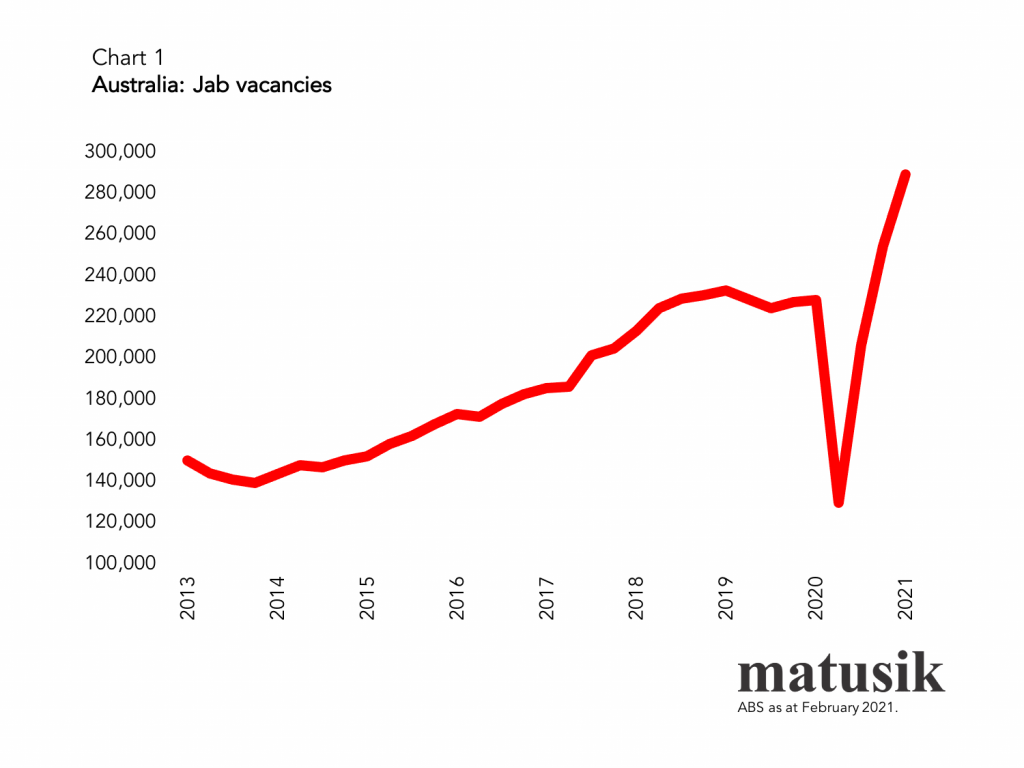 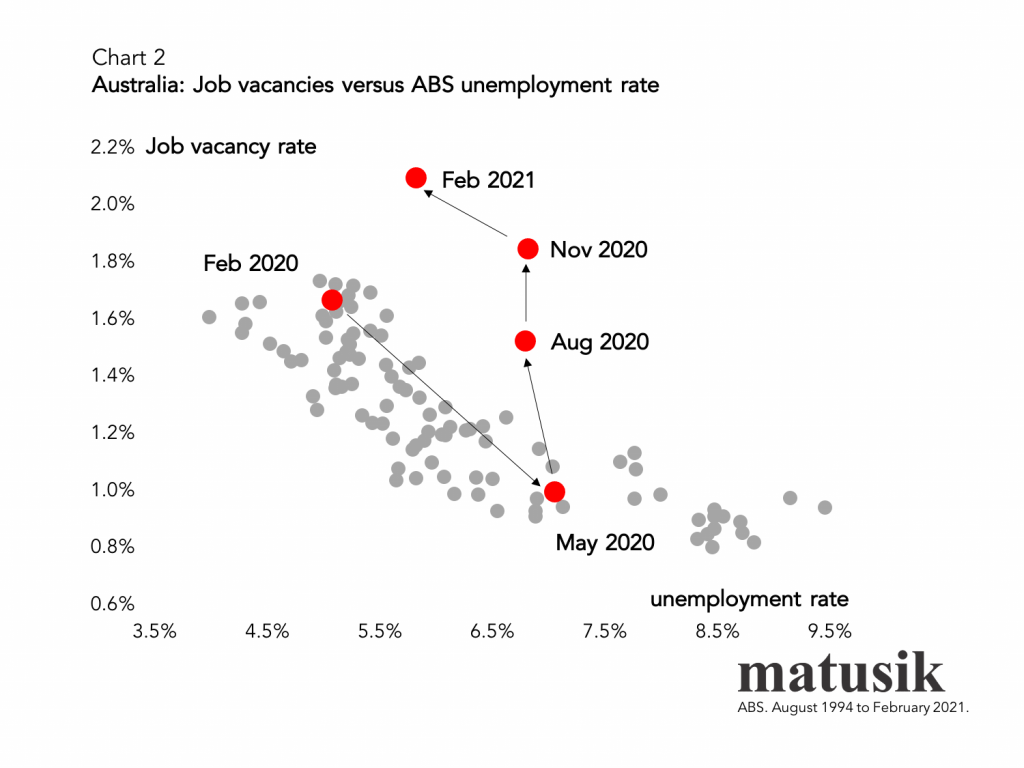 I believe that the world – well ‘the west’ at least – is facing a world with less work.

One of mankind’s future challenges will be what people will do with their time.

There has been a lot of serious conversation and many overseas trials regarding Universal Basic Income or UBI.  Yet this concept hasn’t had much debate in Australia.

Yes, there are issues to be resolved about what ‘universal’; ‘basic’ and ‘income’ actually means.  Yet for mine ‘income’ – being a capitalist mindset – is much better than ‘services’ which is a more socialist ideal.

Despite what detractors say, the world’s Covid spending largesse suggests that we can afford it.  The success of JobKeeper illustrates that the concept is likely to be very popular.  The implementation of UBI could help reshape Australia’s broken taxation system and remove most welfare payments.

Regardless if we implement something like UBI or not, Australia faces a growing number of citizens with less full-time work.  Many more Australians will remain underemployed.  Those that can find work are likely to see little wage growth.  A lot of people will have to work several jobs to help make ends meet.

For those that work for themselves, riskier ‘portfolio’ employment will dominate rather than being on a retainer.

These trends will have a big impact on the housing market, what type of homes will be in demand and where these digs will be needed the most.

Of course the return of Big Australia and the visa slaves will fill a lot of these empty jobs.  Problem fixed many will say and especially those in industries increasingly reliant on growth for growth’s sake and those hooked on the easy fix.

The housing industry, these days, is near the top of that list.

The rise of the causal workforce should shoulder some of the blame, but too many employers don’t pay a decent wage, train their staff or have fair work contracts.

Those industries currently crying the most foul should take a good long look in the mirror.

For mine employing Australian citizens first should be a major pillar of government.