Earlier this year I posted about the short-term direction of house prices.

There is a clear relationship – causation not correlation – between the annual change in housing finance (when brought forward by six months) and the annual movement in house prices.

Chart 1 suggests that house prices are likely to surge over the next six months. 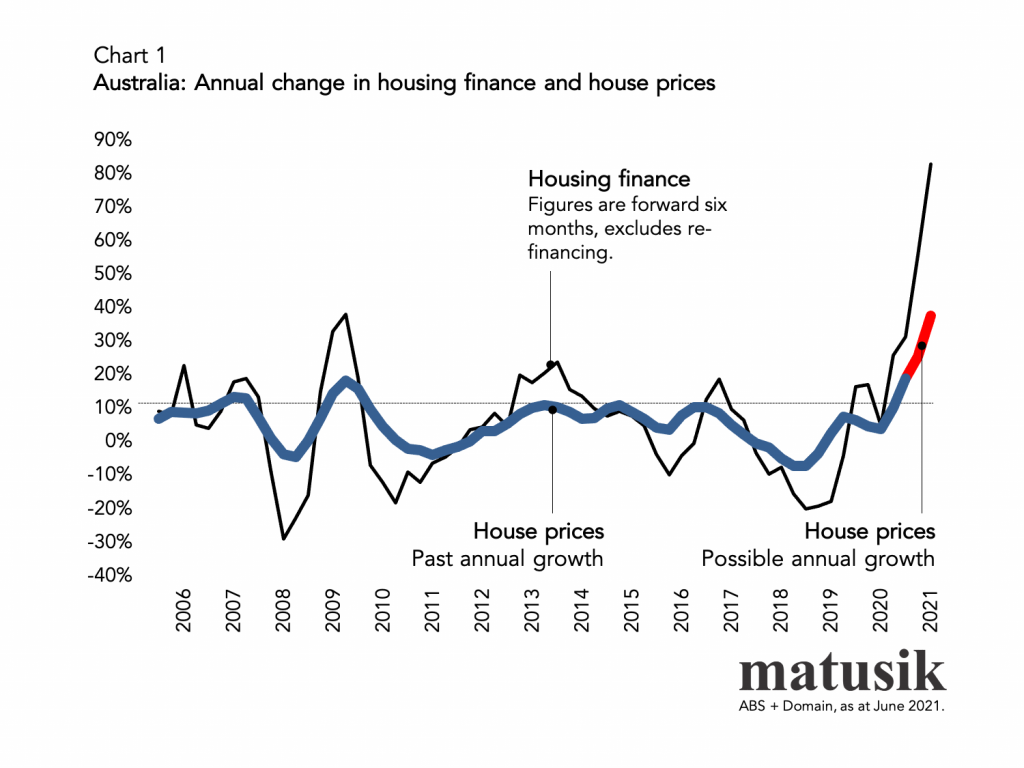 In my May post – via chart 2 – I suggested that if the past relationship between housing finance and house prices plays out over the next six months, then it is possible that Australian house prices could rise by 14% for the 2021 financial year and the annual increase could be as high as 25% for the year ending September 2021.

Chart 2 below shows that the annual house price for fiscal 2021 came in at 18.8% (so higher than the forecast 14%) and the annual growth rate for the year ending September is still holding at around 25%, whilst the yearly growth rate for calendar 2021 looks like it could come at around 38%.  Yes 38%! 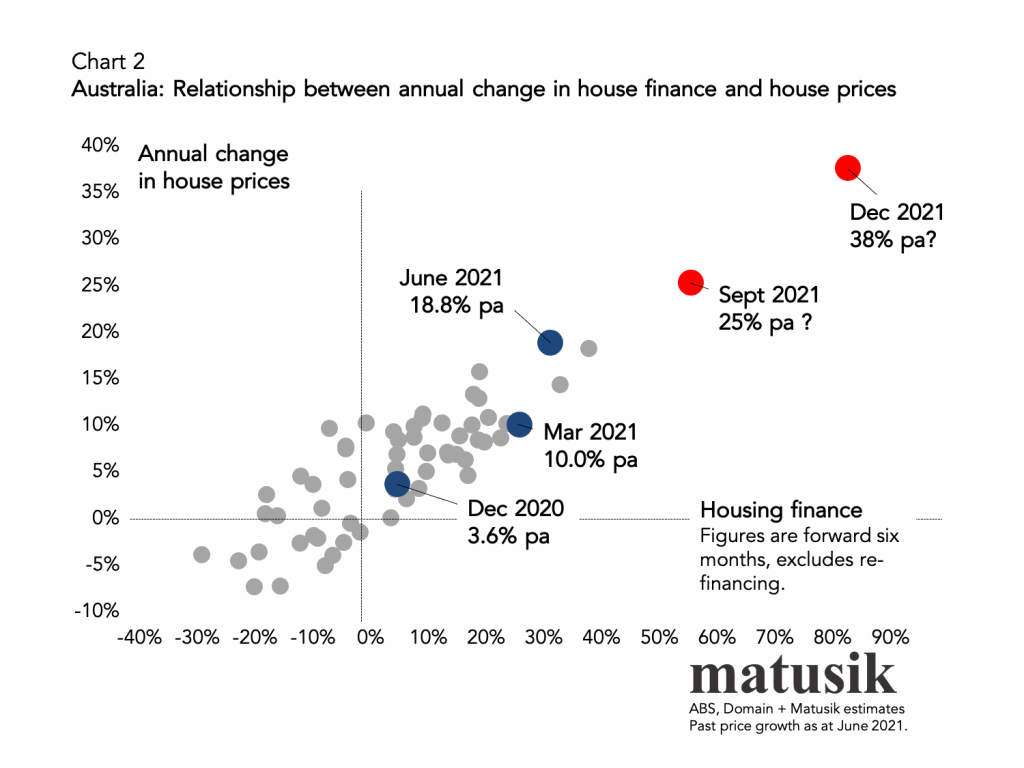 Despite the rolling lockdowns and talk of a double dip recession the housing market appears to be gaining heat, not cooling.

And as I stated last May too, without much wage growth and persistent local unemployment (and especially underemployment) one wonders how long this can last.  Also, one must ponder when APRA and the RBA will step up to the plate and slow this down.

To reiterate that won’t happen this side of a federal election.

Yet a lot has happened in the last three months and given recent events, the federal poll looks like it will be now held at the latest possible date – late May 2022 – rather than in 2020.

So, the good times – housing market price wise – look set to continue for a while longer.

Next week, I will post part 2, looking at possible short-term price growth by capital city.