I started 2021 off by writing a series of ‘stuff worth knowing’ posts, they appeared to be popular with a number of peeps asking me for more.  In typical fashion it has taken me some time to respond.  But better late than never.

This week I cover the south east Queensland land market.

Four tables and three charts accompany this missive.  They are located at the end of my summary.

Even when factoring in Covid’s impact, south east Queensland’s population growth rate is expected to increase over the next five years to average around 38,000 new residents per year.

As a result, there is a need to build some 14,500 new dwellings each year across the region, of which I estimate around 10,000 will need to be for detached dwellings.

Table 1 shows that most municipalities across south east Queensland do not have enough land supplies to cater for this demand, with only two local council areas having enough potential supply over the next five years, being Logan City and Lockyer Valley.

The undersupply of new housing, especially detached housing supply across south east Queensland, is now critical, with only 36 land estates releasing more than 50 allotments during 2020.  See table 2.  This is down from 62 similar sized land releases three years ago, and an alarming 93 comparable land estates in 2017.

As a result of increasing population growth (coupled with low interest rates/easy credit and various government incentives) land sales are increasing across south east Queensland, but with tight supply, land prices are rising too and sharply.  See charts 2 and 3.

And in conclusion, Table 4 shows that there is now little new land development that supplies allotments over 600m2.  The supply of new land sized over 1,000m2 is particularly tight. 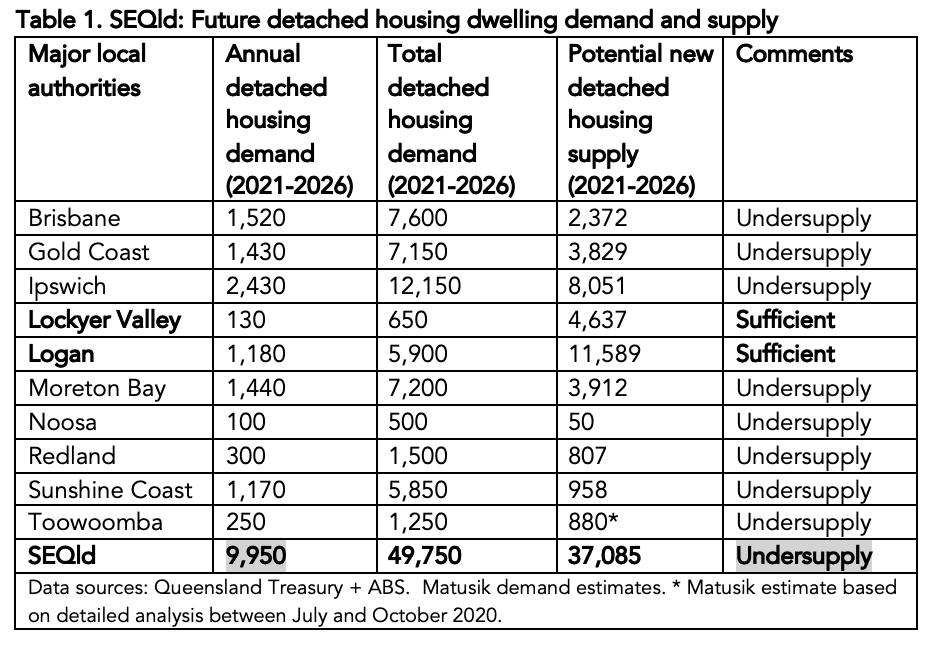 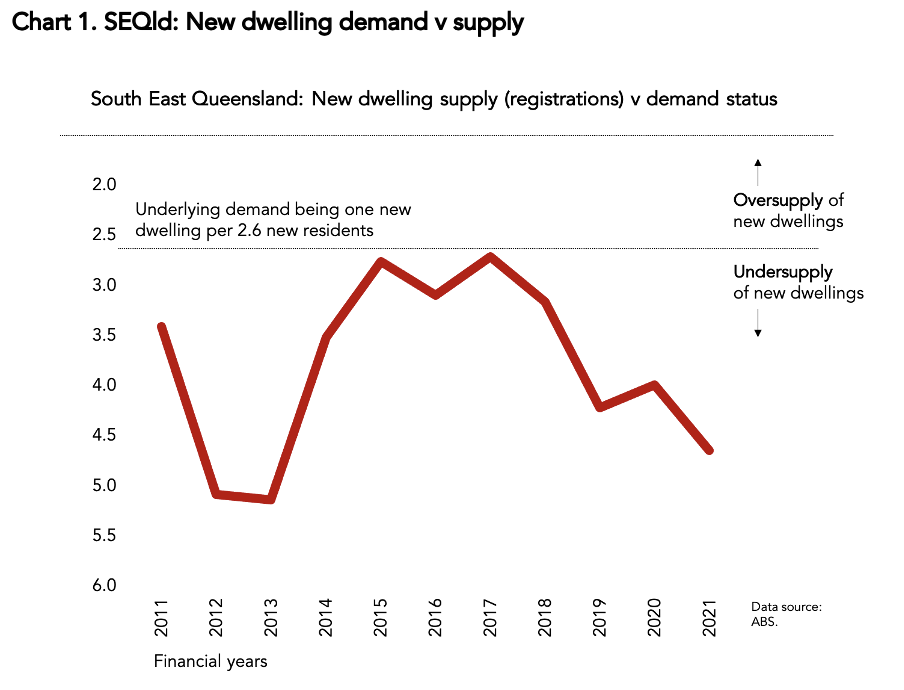 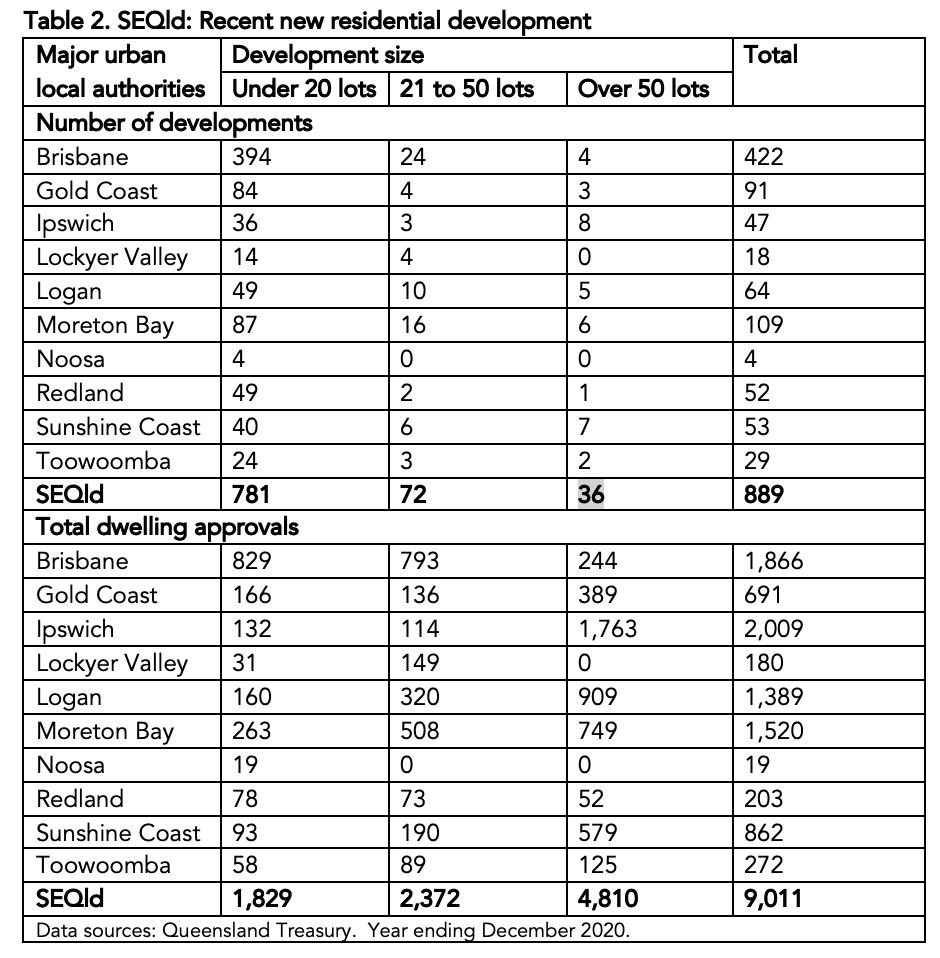 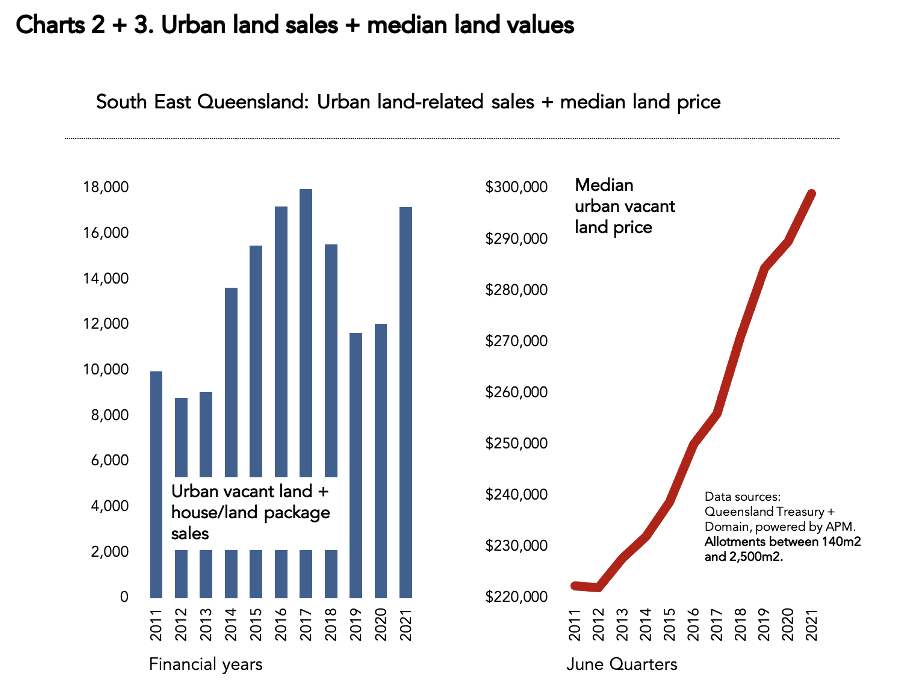 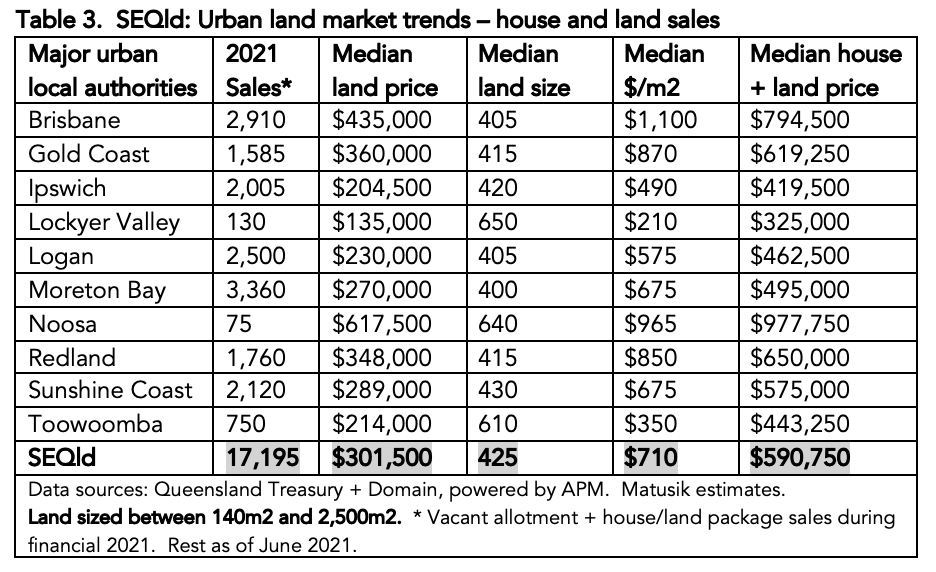 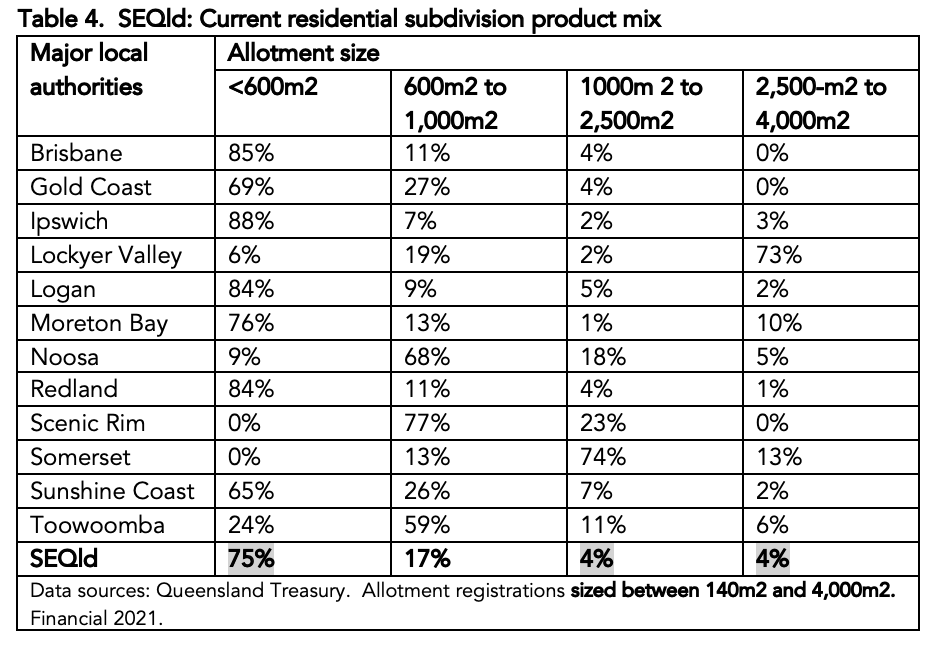