A few weeks back I posted a population update. 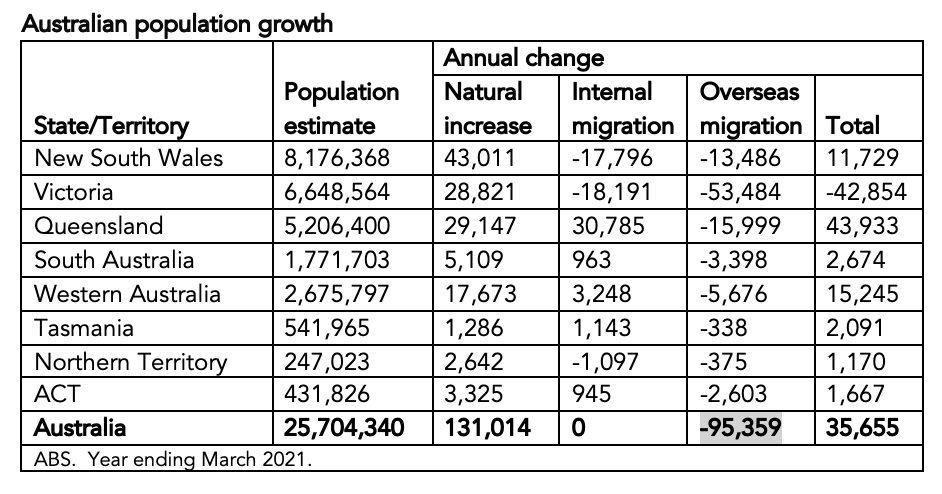 Several people questioned if the Net Overseas Migration (NOM) result – being a loss of 95,000 residents due to more people leaving Australia than arriving over the last 12 months – was correct.

I think a lot of peeps think that NOM excludes movements by Australian citizens.

Confusing this issue further was a recent statement by Scott Morrison stating that some 380,000 Australian residents (as at late July this year) have boomeranged back to Australia since the start of Covid.

Before we unpack this stuff, lets review how NOM is defined.

For the purposes of estimating NOM – and thereby Australia’s official Estimated Resident Population (ERP) counts – a person is regarded as a usual resident if they have been (or expect to be) residing in Australia for a period of 12 months or more over a 16-month period.

As such, NOM and ERP estimates include all people regardless of nationality, citizenship, or legal status, who usually live in Australia.

Hence NOM is a net measurement.

I have included three charts that might better help explain things. 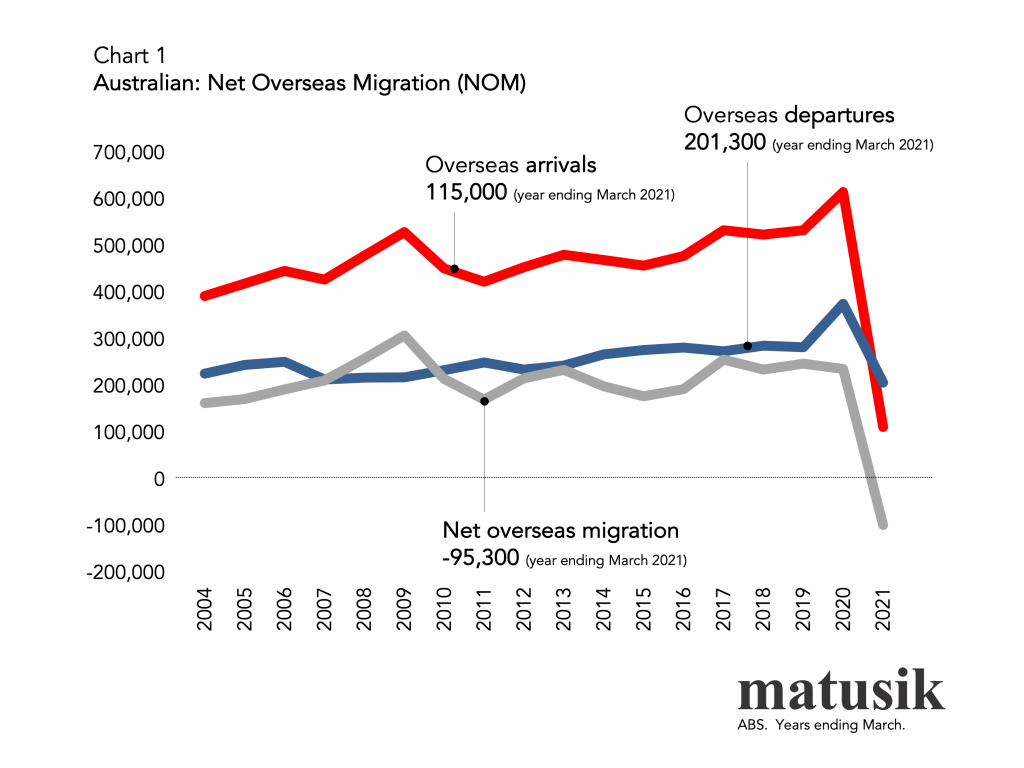 Chart 1 shows that there were 115,000 ‘long-term’ overseas arrivals to Australia for the year ending March 2021.  Some 210,300 people – who stayed for over 12 months – left Australia for overseas: resulting in a net overseas migration rate of minus 95,300 people.  Remember these figures are based on people staying 12 months (over a 16-month period) in Australia.  This chart shows NOM results. 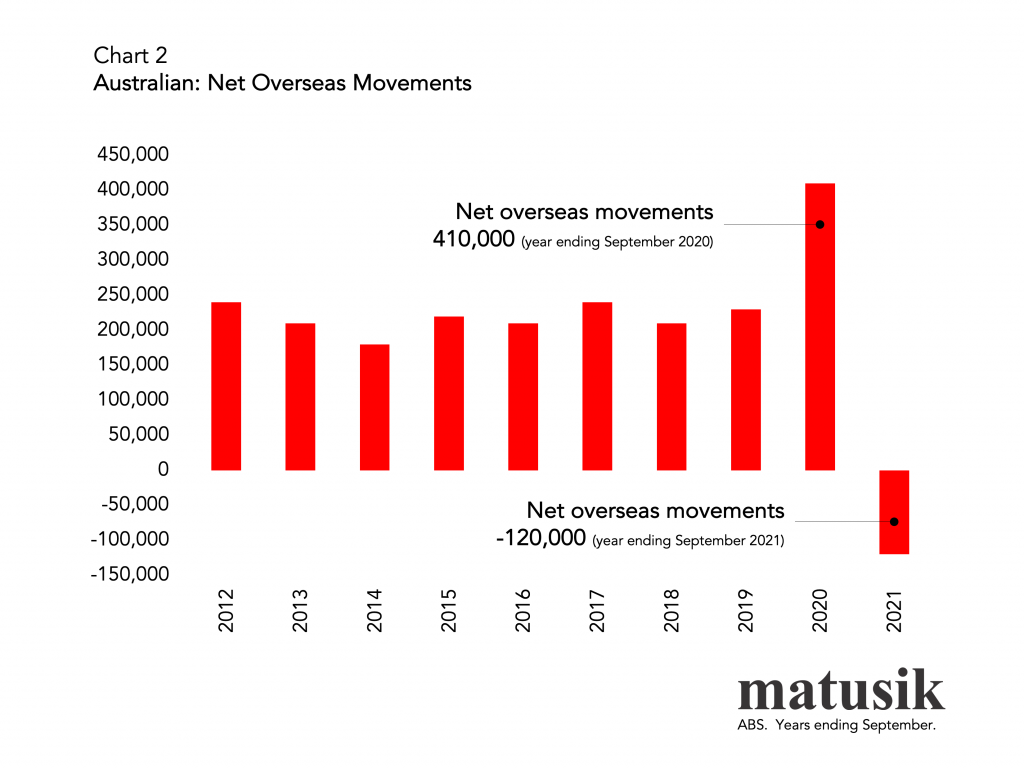 Chart 2 outlines the net result (arrivals minus departures) of all people travelling to Australia or leaving the country regardless of time frame.  This includes visitors and Australian residents.  It shows that Australia lost 120,000 net visitors for the year ending September 2021.  This compares to a 410,000 gain in net visitors the year before.  Again, this chart captures all travellers regardless of time frame. 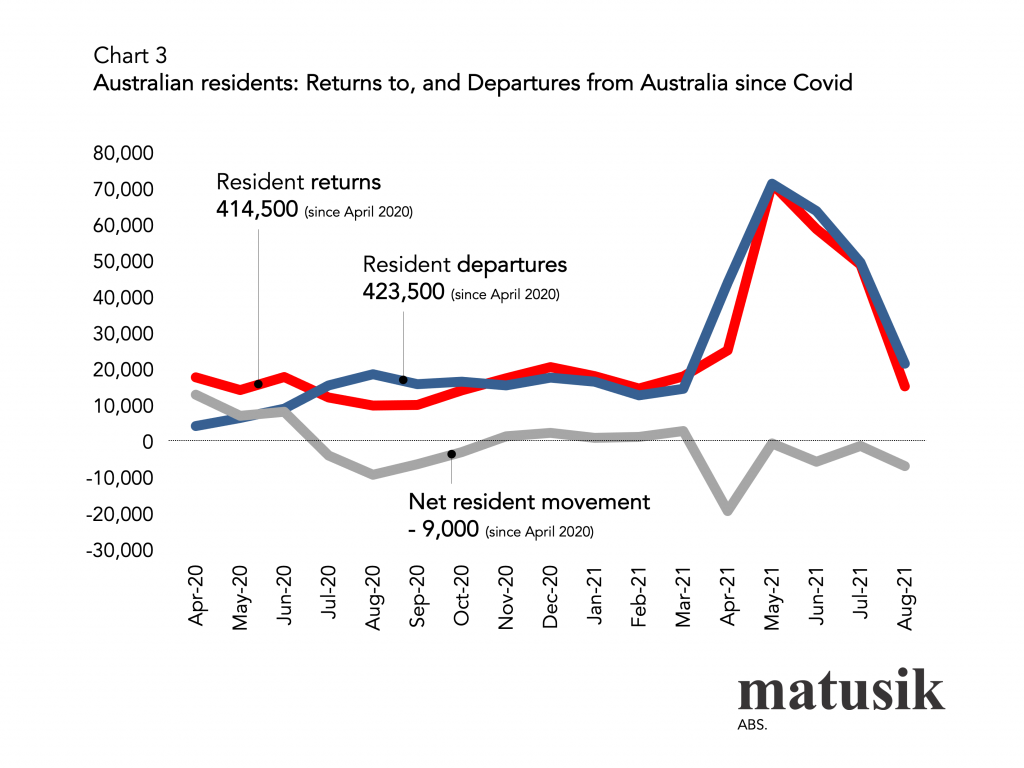 Chart 3 outlines the movement of all Australia residents, to and from Australia since the start of Covid-19 (in this case being from April 2020).  It shows that between the 1st of April last year and the end of this August about 414,500 Australian residents have returned to Australia, whilst 423,500 Australia citizens left the country.  This has resulted in a loss of some 9,000 Australians going overseas.

Chart 3 also shows that such movements are starting to decline.

The table in this post best outlines what is happening with our permanent population base and its annual growth.  Between census periods, these estimated resident population counts are the best indicator regarding our numbers.

Regardless of the Covid restrictions there has been some movements to and from Australia.  Such movements are down substantially when compared to the volumes typically experienced before Covid.

Movements to and from Australia is likely to pick up, and maybe substantially, in coming months.

There is also evidence that expats have been buying Australia homes with the intention to return to Australia once travel restrictions are removed.

Our work suggests that one in seven (15%) homes sold across Australia since early last year have been purchased by an someone living overseas.