Of course, interest rates are going to rise.

The banks are already lifting long term rates as the cost of money is rising and it is only a matter of time before one of the big four breaks ranks and lifts variable mortgage rates.

Of course, financial instructions like the cover offered by the RBA cash rate before they hike.

The RBA had been talking about no rate rises until 2024.  Now they are making noises about 2023 and expressing concerns about inflation.  We all know that APRA have just raised the home loan assessment buffer from 2.5% to 3.0%.

More APRA pain might be on the cards, but that depends on what the RBA does.

So, when will the RBA lift the cash rate and by how much this cycle?

The market is expecting the RBA to lift the official cash rate several times during the second half of calendar 2022.  Most economists say 2023.  I think these things are very political and the second half of 2022 – post the federal election – we will see the RBA tap the brakes, but most of the lifts will be during calendar 2023 and 2024.

And by how much?  Current model estimates of the neutral rate average around 3%.  That is a big lift from the current 0.10% RBA cash rate.  A lot depends on inflation and its longevity.

Covid has reset the baseline on spending and as we come out of Covid there should be a surge in inflation… the question is, will this be a sustained increase or is it a correction back to the norm?

Also, there is the question about wage growth.  Is the current lift sustainable?  Will a return of net overseas migration limit wage growth?  What about technology, robotics, digital stuff, and the internet of things?  Then there is geopolitics.

I will cover wages next week – but for now – there is a strong body of evidence that suggests that wage growth will remain weak over the medium to long term.  And as a result, a limited increase in official interest rates this cycle should be enough to adequately dampened inflation and lessen irrational exuberance.

A few are now forecasting house price falls during 2023 as a result of rising interest rates, a lift in the number of dwellings for sale, affordability limits and even buyer fatigue.

The CBA is the most bearish (at this stage) with a forecast that dwelling values could fall by 10% in calendar 2023, after growing by 7% next year.  The CBA is keen to stress that this will simply see dwelling prices return to current levels.

The other three major Aussie banks (again at this stage) appear a bit more bullish, with average forecast dwelling value declines ranging between 4% and 8% during 2023 depending on who you ask. 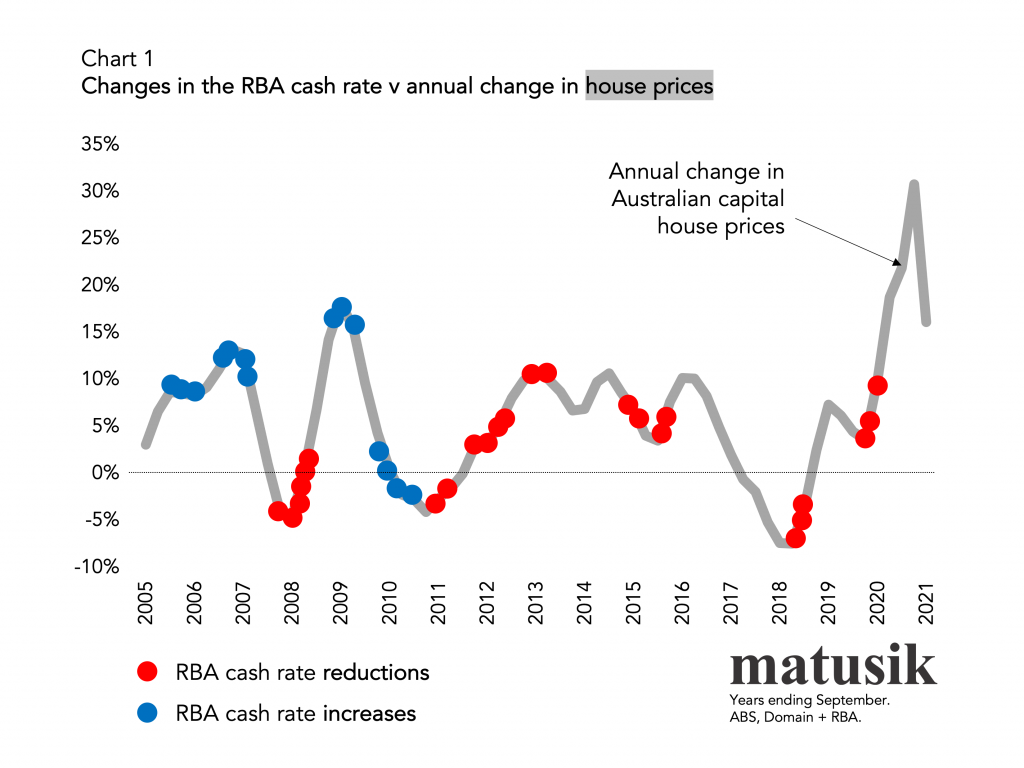 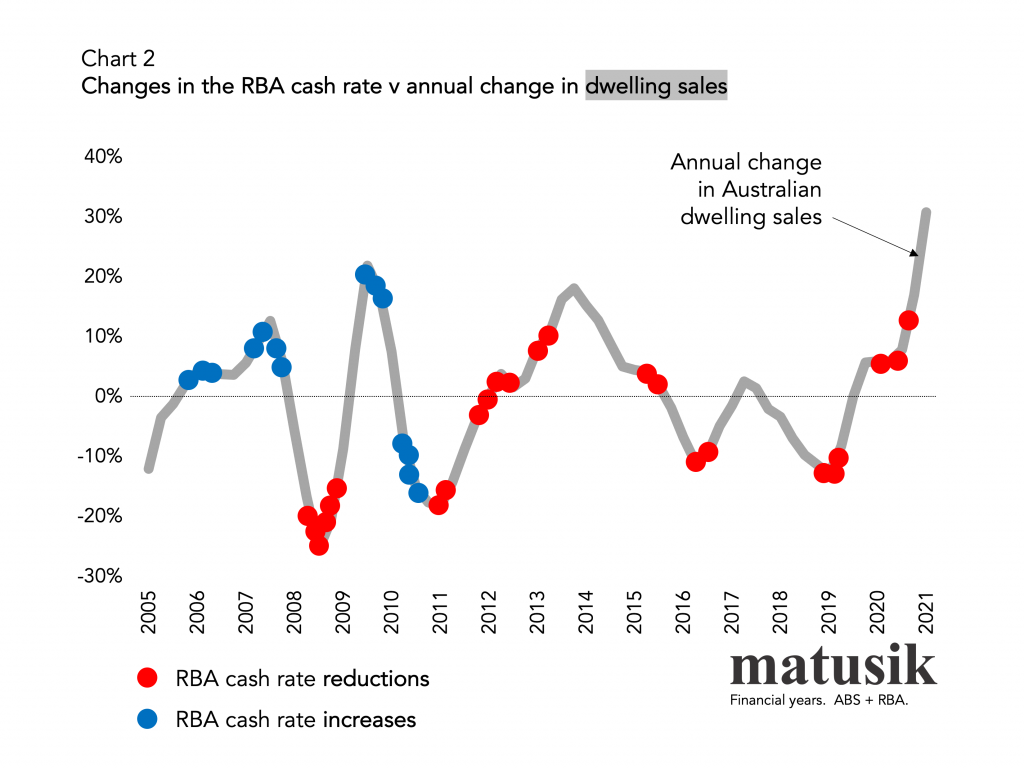 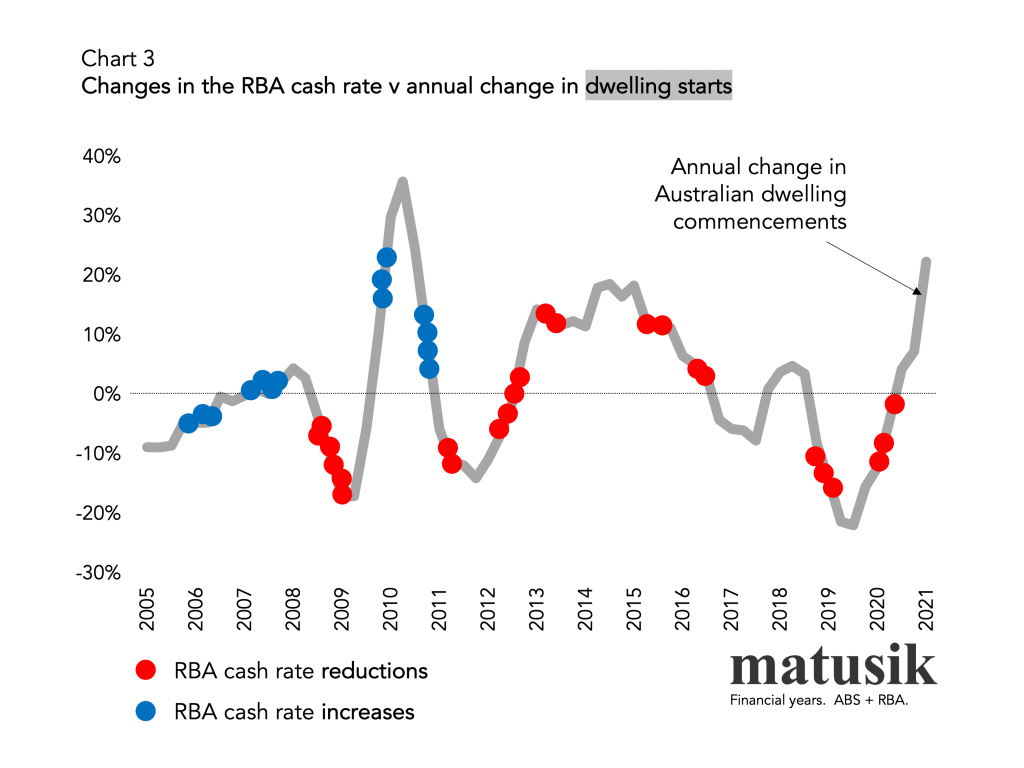 So, what is my medium-term price forecast?

Well, I don’t like to put a figure on it.  It is a bit like playing darts on a moving boat.  Ha, more like riding on a jet ski these days.

I do think we will see a plateau in home values over the next five plus years.  Some years values will fall, and during others they will rise, but overall, there won’t be much change until the next big thing drives values higher (or lower).

The trouble is that we have used up most of the ‘upside’ drivers such as falling interest rates, double income households, strong wage growth, low household debt, cheapish and more plentiful urban land, just to name a few.

To be honest looking forward the housing market looks like it will have to navigate headwinds rather than ride on the coattails of a tailwind, so maybe best not pay too much for your home, that investment property or development site.

But in the meantime, my short-term housing value model suggests there is some price growth left in the kitty.