Let’s start with some numbers.

There were 717,000 new home loans across Australia over the last twelve months.  This excludes refinancing.

Around half of these loans were to owner residents who have bought a dwelling in the past.  These borrowers are what the real estate industry like to label “second and subsequent” buyers.

Finally, just 1% or 10,500 loans last year went to first time investors.  But this volume has increased by two-thirds in the past twelve months.

So, in summary, experienced home buyers make up about 75% of the market at present, with first home buyers holding 25%.  And investors hold a 30% market share.

Investment interest is currently growing a two and half times the pace of the second and subsequent owner occupier interest and six times the speed when compared to first time owner resident buyers.

For more details see table 1 at the end of this post.

Also of interest is the size of new home loans.

The average new housing home loan for owner residents is currently $570,000 across Australia.

Chart 1 shows the relationship between the RBA cash rate and home loan size. 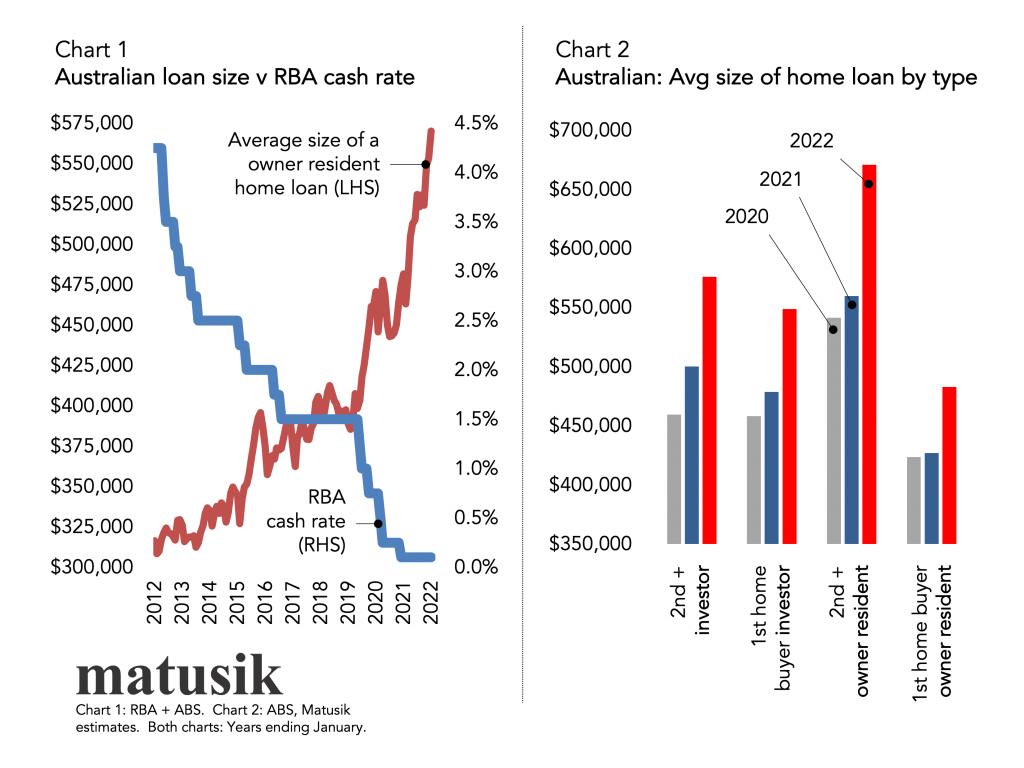 Chart 2 and table 2 (at the end of the post) shows the size and recent growth in home loan size by buyer type.

Both tables 1 and 2 provide the relevant data by state and territory too.

There is little doubt now that interest rates are going to rise.

Some are saying that this will occur faster and at a great amount than previously thought.

This change in tone is somewhat astonishing given that most economic talking heads – just a few months ago – were lockstep with the RBA’s ‘promise’ of no change in the cash rate until at least 2024.

Nevertheless, I am sticking to my original forecast.  Well almost.

I said in November last year.

“…a limited increase in official interest rates this cycle should be enough to adequately dampened inflation and lessen irrational exuberance.

A few are now forecasting house price falls during 2023 as a result of rising interest rates, a lift in the number of dwellings for sale, affordability limits and even buyer fatigue.”

Those house price falls were modest.  But now we have punters calling for 15% plus price declines.

Again, this change in tone is amazing, bordering on duplicitous.

Yet, there is no precedent for the RBA increasing the cash rate through prolonged double digit declines in Australian housing values.

Plus, this time around – given how low interest rates are plus the size of mortgages these days (and for mine that there is little real wage growth forthcoming) – there will be greater household sensitivity to interest rate changes.

This will see many home borrowers paying between $500 and $750 extra per month.  That will have an impact and the housing market should slow accordingly.

So, for mine, at best there could be a plateauing for housing values, on average, over the next five plus years.  This might even extend to a decade.

There will be falls in median housing values at times along the way and those falls could reach double digits (at times) in terms of an annual percentage change.

But if I was to place a bet, I reckon that the median Australian house price in late 2022 will be about the same number at the end of the decade.

Given inflation’s propensity to get out of hand, the RBA was right to have lifted the cash rate yesterday.

Why – well unless you have been hiding under a rock during the past week – Australia’s annual inflation rate currently exceeds 5%.

Remember the RBA is supposed to try and keep inflation in the 2% to 3% band.

But it is an election month after all.

Then my earlier interest rate outlook comes back into play.  That is 0.25% lifts, roughly six weeks, after each quarter until we get a cash rate somewhere between 1.5% to 2.0%.

The RBA has always lifted interest rates – well going back to the 1990s – the meeting immediately after the latest inflation figures.

But of course, the world is in an increasing state of flux, so who really knows what will happen. 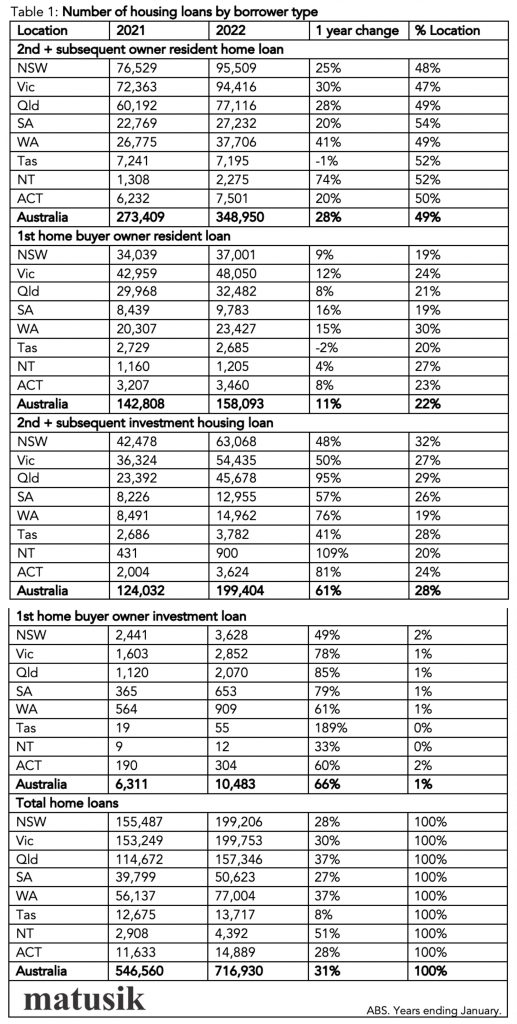 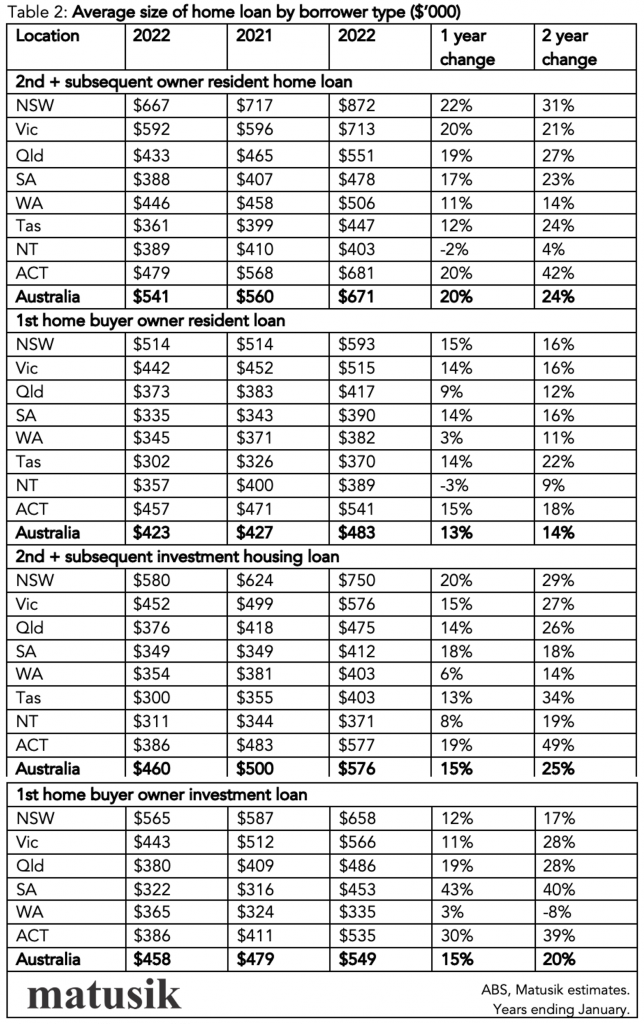 50 songs that I have liked listening to last month.  The usual caveat applies being some tunes are new, many old.  No rhyme or reason for their inclusion, playlist order or genre.  And the cartoon is again by the very talented Avi Steinberg.