Well, I was a bit peeved when the ABS told me a few weeks ago that I was a Baby Boomer instead of belonging to Gen X.

True, being born in 1965, makes me on the cusp of the two demographic segments, but a Gen Xer I am.  I relate to their general traits and are influenced by their stimuli.

Besides – other than kids and teenagers – who likes to be told that they are older than they feel!

Table 1 outlines the seven major generations.  Last year, being 56 then, I am Gen X.

Table 2 shows that Millennials are now the largest generational segment in Australia with a 23% market share.  Baby Boomers and Gen X hold 20% each.

Table 3 shows that the Millennial cohort, grew that most over the last five years, increasing by 110,000 people per annum between 2016 and 2021.  The size of the Baby Boomer generation declined by 1% between the last two census periods.

Table 4 outlines the major influences on a selection of generations.  This is important when promoting goods and services, including real estate, to your target generation audience.

Having been born in 1965 I like The Who’s My Generation which was released that year too.

However, these days, I cannot agree with Pete Townsend’s last line of the opening verse of My Generation. 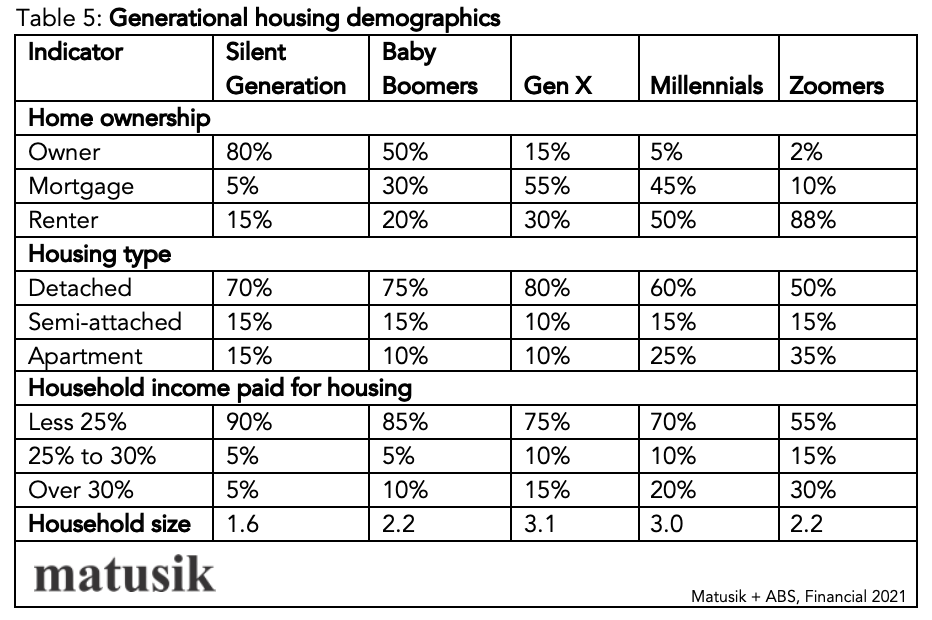